CAMEROON: Customs seizes 118 elephant tusks at Ambam in the south 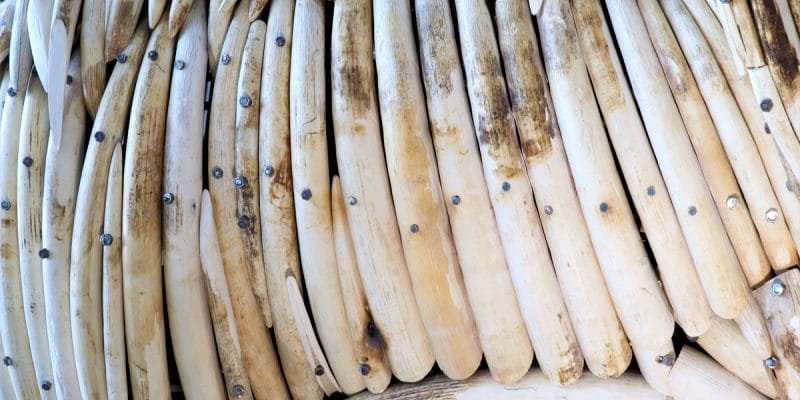 Cameroonian customs officials have just seized a shipment of 626 kilograms of ivory in Ambam, a town in the south of the country on the border with Gabon and Equatorial Guinea. Central Africa continues to be one of the hubs of the illegal ivory trade, despite national and international bans.

Cameroonian customs on  October 22nd, 2020 made the largest seizure of contraband ever made in Ambam, a town in the south of the country on the border with Gabon and Equatorial Guinea. It involved 118 ivory spikes weighing 626 kilograms. The shipment was cleverly hidden behind a van from neighboring Gabon. When discovered, customs officials seized it and the driver of the vehicle was put at the disposal of the Ambam gendarmerie company for in-depth investigations, the aim being to dismantle the entire network behind this illicit traffic of protected species.

In order to harvest up to 118 ivory spikes, poachers had to kill 59 elephants, a species protected by Cameroon’s wildlife law in force since 1994. It stipulates that anyone found in possession of all or part of a protected species is considered to have killed it. An act punishable by a prison sentence of up to 3 years in prison and a fine of up to 10 million CFA francs, or just over 15,000 euros. International trade in ivory has also been banned worldwide since 1989 through the Convention on International Trade in Endangered Species of Wild Fauna and Flora (CITES), to which Cameroon is a signatory.

The illicit ivory trade is growing in Cameroon despite national and international prohibitions. Prior to the Ambam seizure, three ivory traffickers were apprehended during a sting operation carried out by the regional delegation of Forests and Wildlife of the Littoral region. And it is in this same region that in March 2020, four people were apprehended in possession of 153 elephant points. Recurrent seizures that position Cameroon as the epicenter of illicit ivory trafficking in Central Africa.

A traffic that puts elephants on the verge of extinction. According to the “Great Elephant Census”, the largest census of African elephants published in 2016, the population of these pachyderms has decreased by 60% between 2002 and 2011 in Central Africa and their decline continues at a rate of 8% per year, the main cause being poaching.