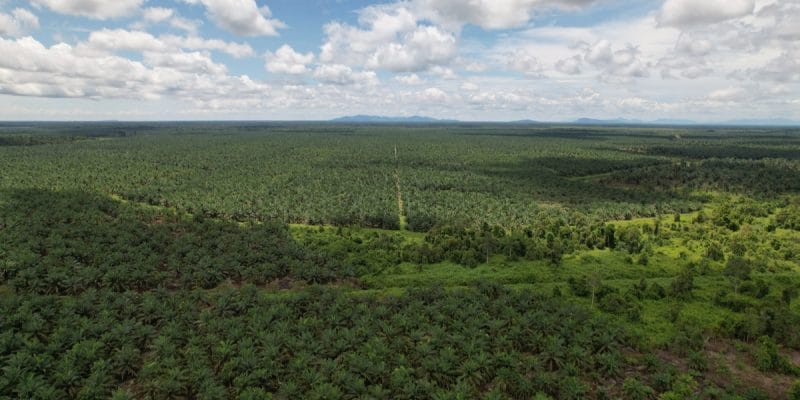 The Camvert company is benefiting from tax exemptions as part of the implementation of its 60,000-hectare palm plantation project in Campo and Niete, in southern Cameroon. Several environmental activists, such as Greenpeace Africa and Green Development Advocate, denounce the company's support for deforestation and the destruction of indigenous peoples' livelihoods.

Camvert has just obtained tax exemptions from the Cameroonian government for its oil palm plantation project in southern Cameroon. The company of Cameroonian billionaire Aboubakar Al Fatih has signed an agreement with the Investment Promotion Agency (API) allowing it to benefit from the provisions of the 2013 law on incentives for private investment in Cameroon. This regulatory text grants project holders’ tax and customs exemptions ranging from 5 to 10 years, both during the construction and production phases.

For the Cameroonian non-governmental organization (NGO) Green Development Advocate (GDA), this decision is a big scam against the Cameroonian people. “The law on investment incentives cannot be applied to Camvert whose operations do not comply with the legal framework in force. This approach adopted once again by the agro-industry highlights the always tortuous wheels it has chosen to follow since the beginning of its project,” laments Aristide Chacgom, the coordinator of GDA.

The API-supported Camvert project involves the establishment of an agro-industrial complex in Campo, in the southern region of Cameroon. The project, worth 237 billion CFA francs (about 362 million euros), includes the creation of palm groves on a total of 50,000 hectares in Campo and Niete, as well as the construction of palm oil (180,000 tons per year) and palm kernel oil (18,000 tons per year) production plants.

But for conservationists, such a project cannot benefit from the provisions of the 2013 law, revised in 2017, on incentives for private investment in Cameroon. It is detrimental to biodiversity, the climate and the local communities of Campo and Niete. “How is it that a company that wants to raze 60,000 hectares of forest and destroy the livelihoods of local communities in the process can benefit from tax exemptions? This decision appears to be a bonus granted to the company to continue violating the law and undermine Cameroon’s commitments,” said Ranece Jovial Ndjeudja, Forest Campaigner at Greenpeace Africa.

In December 2021, Greenpeace Africa and its partner GDA released a report that exposes the disastrous effects of Camvert’s presence on the lives of local residents, on the forests and on biodiversity.

And yet in May 2020, Camvert’s promoters presented the environmental and social guarantees of their palm grove. The project will dedicate 10,000 ha to biodiversity conservation. The local communities will also have 5,000 ha reserved for their own use, and Camvert is committed to accompanying them in the establishment of community plantations and to buying back their production. The company is also committed to protecting the wildlife of Campo Ma’an National Park, with which it shares a border of about 50 kilometers, from the impacts of its activities.