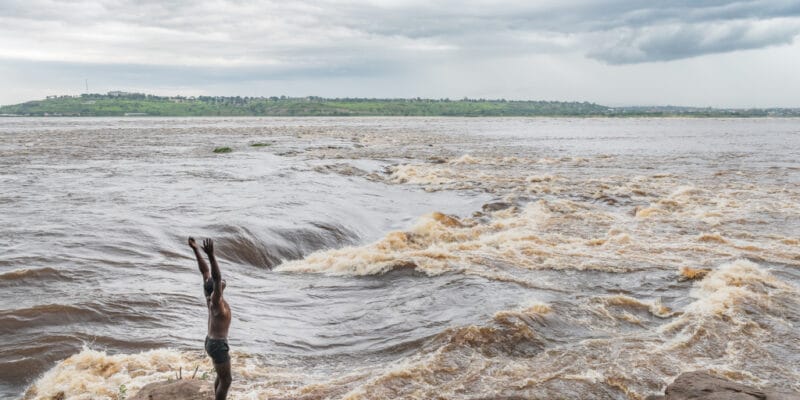 The Cameroonian and Congolese governments have decided to entrust the environmental study and construction of the dam, as well as the Chollet hydroelectric plant, to China Gezhouba Group Company (CGGC). After the environmental and social assessment, the Chinese company will build hydroelectric facilities capable of producing 600 MW.

The Chollet hydroelectric project is undergoing a new development. More than a decade after the Cameroonian and Congolese authorities announced the implementation of a hydroelectric project on their border, Yaoundé and Brazzaville have chosen China Gezhouba Group Company (CGGC) to build the new facilities. According to the Cameroonian side, the Chinese company was chosen through a “restricted” international tender, launched in December 2019.

The concession agreement was signed on April 12th, 2021 between the Congolese Minister of Energy and Hydraulics, Serge Blaise Zoniaba; Gaston Eloundou Essomba, the Cameroonian Minister of Water and Energy; and CGGC officials. The Chinese company is now responsible for carrying out an environmental and social assessment, followed by the construction of the dam, the hydroelectric plant, access roads, substations and evacuation lines for the electricity produced at Chollet.

Under a BOT (Build Operate Transfer) contract, CGGC will build a 108m high dam, forming an 85m waterfall on the Dja River (also known as the Ngoko River), which flows through Cameroon and Congo before joining the Sangha River, itself a tributary of the Congo River. The project, which will require an investment of an estimated $700 million, could be delivered by 2025, according to the inter-state steering committee formed to manage the project.

The electricity generated at Chollet will be evacuated via two lines to Cameroon and Congo. The two Central African countries do not rule out the possibility of selling some of the electricity to neighbouring countries, notably the Central African Republic (CAR) and Gabon. Moreover, the new infrastructure is being built as part of the Cameroon-Congo-Gabon-Central Africa sub-regional interconnection project. The sub-regional interconnection is supported by financial institutions such as the African Development Bank (AfDB).

The Abidjan-based bank (in Ivory Coast) is financing, for example, the cross-border electrification of nine localities in the Central African Republic from the Mobayi hydroelectric plant in the Democratic Republic of Congo (DRC).