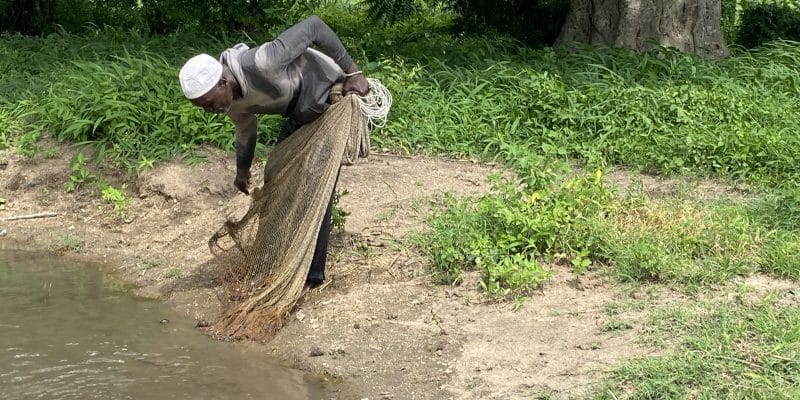 In the run-up to the 27th United Nations Climate Change Conference (COP27), the African Center for Advocacy has published a report on two Cameroonian communities on the frontline of the climate crisis. The document presents the testimonies of the inhabitants of Kakou and Ouro Garga. Two localities in the north of Cameroon, where the effects of climate change have considerably affected the livelihoods of the populations.

“Before, fishermen had a daily income of 30,000 to 50,000 CFA francs (about $47 to $78) per day, which allowed them to meet the basic needs of their families. But today, the drying up of the waterways and the invasion of aquatic weeds have made fish scarce. The fishermen earn barely 2 dollars a day. The children, especially the girls of the village, no longer go to school,” laments Al Hadji Saliou, 52 years old and president of the Kakou fishermen’s association. The village is located in the northern region of Cameroon.

The disruption of the seasons is also part of the climatic conditions that destroy the livelihoods of local communities in the northern region of Cameroon. “The rains do not fall enough to allow the seeds to germinate and flourish. The seeds are destroyed, and we have to buy new ones. And yet most people do not have enough money to buy seeds twice in one season. This year the rains did not start in the usual season, causing many of us to lose hope in farming, our main activity,” says Zalai Philipe, 37, a farmer from the village of Ouro Garga.

The report published on 5 August 2022 in Yaoundé by the African Center for Advocacy (ACA), also notes the health impact of climate change on communities in the northern region of Cameroon. “Variations in rainfall, sometimes excessive or infrequent (depending on the year), cause flooding, which in turn leads to diseases such as cholera, typhoid, malaria, and diseases related to child nutrition,” the report says. 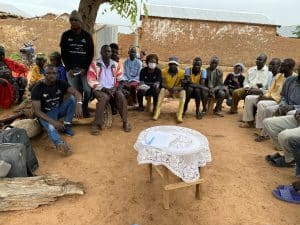 The socio-economic and health impacts of the climate in Ouro Garga and Kakou are caused by the increase in the earth’s surface temperature. This is exacerbated by industrial practices that do not respect nature, as is also the case in this region.

“There is a company called ROCA, located near the village of Kakou. This company exploits the quarry and has been cutting green wood to heat the stones for years now. The company is a major contributor to environmental destruction and is the subject of much litigation in the area, but because the company has connections at the highest level of government, people do not know where to turn,” the report says.

Making the case for vulnerable communities at COP27

Intervening two months before the 27th United Nations Climate Change Conference (COP27), the ACA report on the vulnerability of the populations of northern Cameroon to the effects of climate change intends to move the lines. “COP26 failed to recognise the urgency of the climate crisis. As we head towards COP27 in Sharm El Sheikh, Egypt. New mechanisms need to be put in place to make financing for loss and damage accessible to communities on the frontline of the climate crisis, such as those in Kakou and Ouro Garga,” says Younoussa Abbosouka, ACA’s programme officer.

Read also-COP27: the rendezvous of climate finance in Africa?

The non-governmental organisation (NGO) lobbies to ensure that the needs and knowledge of communities vulnerable to climate change are taken into account in development policies and global conferences. As a result, the ACA was instrumental in getting loss and damage on the agenda at COP27.