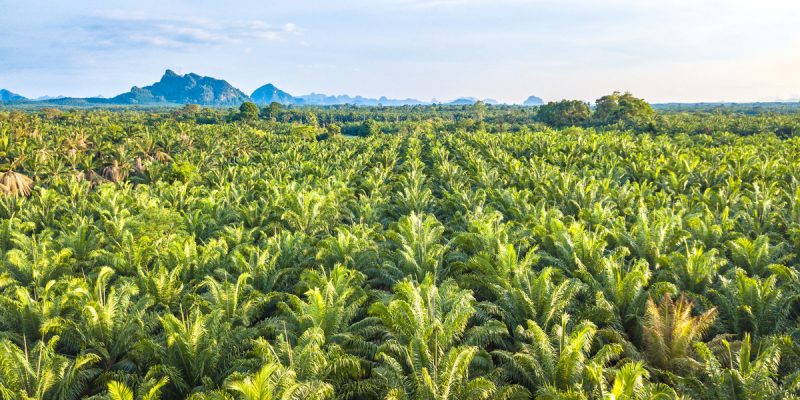 Rejected by the local populations, "Camvert", the project for the largest palm grove in Central Africa, planned for the south of Cameroon, provides environmental and social guarantees. Out of the 60,000 hectares that will be occupied by the project, 10,000 will be devoted to biodiversity conservation. Although not convincing, locally.

“Camvert” is taking shape in the communes of Campo and Niété, in the southern region of Cameroon. For this year’s count, 250,000 oil palm seedlings will be planted on about 1,500 hectares of land, with production expected to begin in 2024. However, the project for the largest palm grove in Central Africa is keen to reassure its residents about the preservation of their social rights and their environment. “Camvert has undertaken an environmental impact study and has been awarded an environmental compliance certificate,” said Mahmoud Mourtada, director of Camvert Sarl.

For a total investment cost estimated at 237 billion CFA francs (some 361 million euros), the project covers an area of 60,000 hectares (ha) of forest, including 56,000 hectares in the district of Campo and 4,000 hectares in that of Nyété. According to the promoters, the operation will be based on 50,000 ha of land, while 10,000 ha will be conserved for biodiversity. Riparian communities will also be set aside 5,000 ha for their own use, and Camvert is committed to supporting them in setting up community plantations and buying back their production from them. The company is also committed to protecting the wildlife of Campo Ma’an National Park, with which it shares a border of about 50 kilometres, from the impacts of its activities.

Environmental concerns expressed by the residents of the “Camvert” project

The “Camvert” project, despite its social guarantees such as the construction of schools and health centres and the creation of 8,000 direct jobs and nearly 10,000 indirect jobs, has been rejected by the populations of Campo and Nyété. They had expressed their concerns at a meeting convened on September 12, 2019 in Nyété by the administrative authority of the district.

“If the project has the agreement of the government, it is because it is important in terms of job creation,” said the the administrative officer, without however convincing the traditional authorities of Nyété. “We were told the same thing forty years ago when the rubber tree production company (Hevecam) and the oil palm production company (Socapalm) (two local subsidiaries of the Belgian giant Socfin, owner of 6 palm oil concessions in the country, editor’s note) were set up. But we have remained poor and I must even say that we are getting poorer,” says His Majesty Ebande Charles, chief of Adjap village, in Nyété.

Civil society organisations dealing with the environment and wildlife conservation, including Environment Governance Issue (EGI), based in south-west Cameroon, recalled that large mammals such as elephants, buffaloes and great apes live on the 60,000 hectares of land that the Camvert project intends to annex. An area that is also home to a rich flora and rare semi-aquatic species.