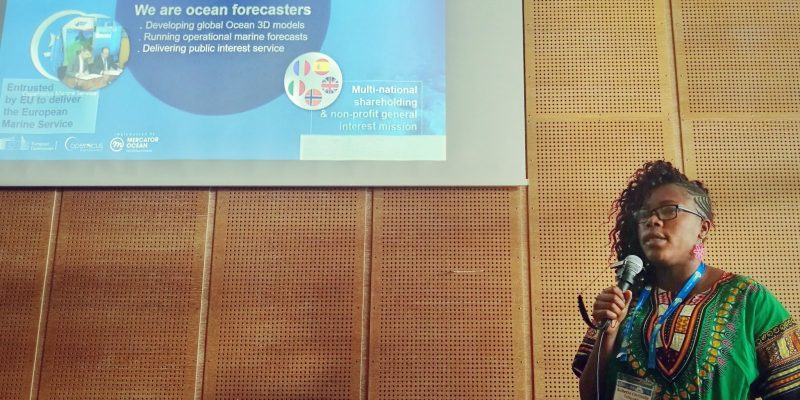 Babette Tchonang honors Cameroon at NASA. The oceanographer, who began her graduate studies at the University of Dschang in western Cameroon, is currently working on the assimilation of ocean data for the orbiting of the future satellite "SWOT". A significant step in the collection of data on the expansion of water on the surface of the Earth. These data are crucial for the fight against global warming.

Babette Tchonang certainly did not expect anything better. Coming from a modest family that had all the trouble in the world to make ends meet, the oceanographer from the western region of Cameroon is now at the forefront of the space-technology component of the fight against global warming. From her office at the Jet Propulsion Laboratory of the National Aeronautics and Space Administration (NASA) in California, the young scientist is participating in the validation and calibration of the future SWOT (Surface Water Ocean Topography Mission) satellite, scheduled for launch in November 2022.

The data produced by the satellite on which Babette is working will be made available to everyone, and will help improve understanding of ocean movements and phenomena, in order to better fight against certain consequences of global warming, notably sea level rise and flooding.

A meteoric rise through the academic ranks

Babette has taken on many academic challenges to get to this point. She started in Dschang where she obtained a degree in physics. After a short academic stay at the University of Yaoundé I, she obtained a master’s degree in oceanography in Cotonou, Benin.

The scientist then headed for Germany where she did post-Master’s research in observational oceanography at the Alfred Wegener Institute. This post-Master will allow her to obtain three grants for her doctoral thesis, one in South Africa, another in Germany and the last one in France. Having chosen the French scholarship, Babette Tchonang will defend her thesis on July 20, 2021, before obtaining her position at NASA, where she will begin her research work on February 7, 2022.