Homepage » CAMEROON: A first marine park to limit the ravages of industrial fishing

CAMEROON: A first marine park to limit the ravages of industrial fishing 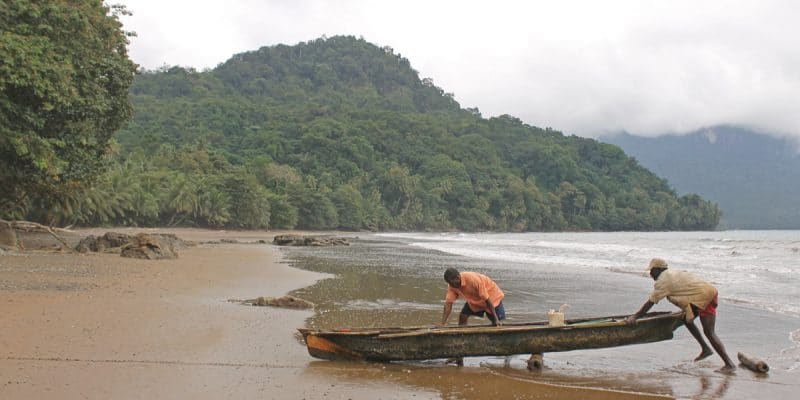 A decree by the Cameroonian Prime Minister creates the country's first marine park. Located on Cameroon's maritime border with Equatorial Guinea, the main objective of the "Manyange na Elombo" park is to prevent incursions by foreign industrial fishermen who are depleting the country's fisheries resources.

Cameroon finally has its first marine park. Named “Manyange na Elombo”, the marine protected area located at the maritime border with Equatorial Guinea, has a surface area of 110,300 hectares and extends over 42,364 km (26.5 miles) in Cameroonian territorial waters. Its creation is the result of a wish formulated by the President of the Republic of Cameroon, Paul Biya, some twenty years ago. During the 5th World Parks Congress of the International Union for Conservation of Nature (IUCN) in Durban (South Africa), in September 2003, the Cameroonian president announced the creation of marine protected areas in his country.

In the decree creating the “Manyange na Elombo” park, Prime Minister Joseph Dion Ngute explains that the marine protected area “will make it possible to limit the incursion of industrial fishermen who deplete the sea of fish, to protect spawning areas and to preserve certain fish species such as the marine turtle, the African manatee and the humpback dolphin.

The marine park will also serve as a regulator of all kinds of activities carried out in its vicinity, especially on its banks and in the rest of the district of Campo, southern Cameroon region. “Any human activity likely to affect the objectives of the Manyange na Elombo National Marine Park and its buffer zone can only be undertaken after environmental impact studies have been duly approved by the competent administration,” said the Cameroonian Prime Minister.

Read also- CAMEROON: Camvert and the forest peril in the Congo basin

However, the Cameroonian government seems to lack consistency in its desire to preserve biodiversity. For the same government has declassified in 2019, in Campo in the area of influence of the newly created marine park, a forest area of 60,000 hectares, for the development of Camvert, the project of the largest palm grove in Africa. The establishment of this agro-industrial enterprise is opposed by several environmental protection organizations such as Greenpeace. “Our main activity is fishing. But if Camvert settles in this village, their waste will be dumped in the sea and we will have more fish. Even in the forest, there will be damage. We will no longer have game or medicinal plants because of deforestation,” said Léandre Mboula Mboula, a resident of the Manyange na Elombo park.