Homepage » CAMEROON: 4.6 M€ from Switzerland for 3 SMEs on water and renewable energies

CAMEROON: 4.6 M€ from Switzerland for 3 SMEs on water and renewable energies 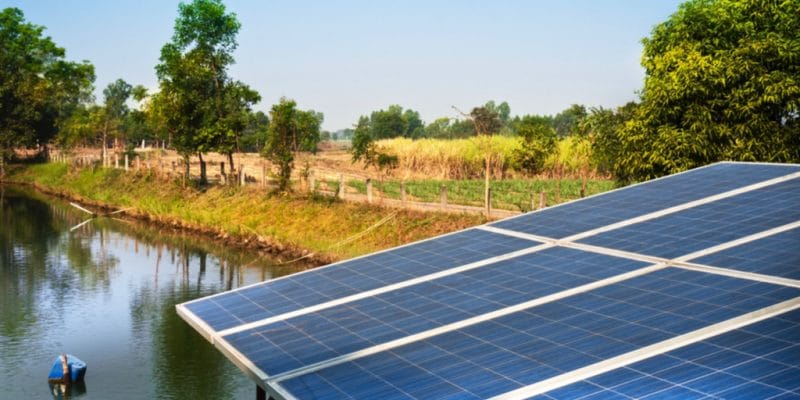 Switzerland has granted close to 4.6 million euros (3 billion CFA francs) to three Cameroonian small and medium-sized enterprises (SMEs) for the implementation of their water and renewable energy projects. This financing will help improve the production of the SMEs.

In Cameroon, the companies Sawel Water Sanitation and Environment, Experience Incorporated Cameroon and Solar Hydrowatt have the funds to finance their projects. They have each received more than 1.5 million euros (one billion CFA francs) from the Swiss Confederation. The Cameroonian Minister of Economy, Planning and Land Management, Alamine Ousmane Mey, signed grant agreements with the heads of these three SMEs on the 11th of March 2020, in the presence of the Swiss Ambassador to Cameroon, Pietro Lazzeri.

The funds allocated to Sawel Water Sanitation and Environment, a company specialising in renewable energies, will enable the construction of water boreholes and solar pumping systems, irrigation and livestock watering systems.

Funding to Solar hydrowatt, a company operating in village hydraulics, will be used to install a hybrid system in Fotetsa, a group of villages in the commune of Dschang in the west of Cameroon. The installation will have a capacity of 120 kW in hydropower and 15 kWp in solar photovoltaic energy. The hybrid system will provide access to electricity for approximately 1,500 people.

Experience Incorporated Cameroon, a cooperative which specialises in potato production will use its financing for its agricultural projects in the production basin of Santa, a commune located in the North-West region.

The three SMEs will thus benefit from the resources of the Swiss Value Fund (SVF) programme set up by the Cameroonian and Swiss governments in 2017. It is part of the conversion of Cameroon’s debt to the Swiss Republic. The three SMEs were selected following a call for projects that was launched within the framework of the SVF in 2018.