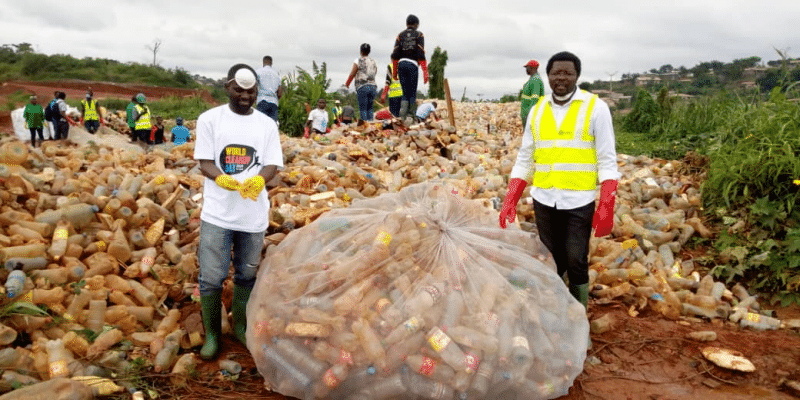 The Cameroon branch of the Junior Chamber International (JCI), coordinated by the Cameroon branch, mobilised nearly 15,000 young people throughout the country for clean-up operations. It was as part of the celebration of the World Clean up Day that took place on September 21, 2019. Similar actions were held in 162 other countries around the world.

Young Cameroonians spent three hours on the morning of September 21, 2019 cleaning up in the country’s 10 regions. In Yaoundé, the capital, young people led by the Cameroon branch of the Junior Chamber International (JCI) have come together to clean up the city’s neighbourhood. The Ahala, Mokolo and Cité verte quarters benefited from the services of the young volunteers who, in a few hours, cleared them of household waste that littered the streets and gutters. 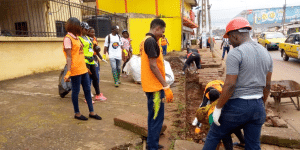 The morning also saw the collection of plastic bottles for recycling. For Stéphane Ngaleu, JCI Cameroon’s National Program Director, the results of the World Clean Up Day are a source of pride for him and the team he deployed for the occasion: “Saturday morning, the World Clean Up Day enabled us to motivate 15,000 youth and some 100 civil society organisations across the country. Together, we collected about 100 tons of plastic waste, a real satisfaction for us who work on sustainable development issues”.

It was a similar echo in Lomé. Volunteers collected some 3000 plastic bottles along the beach of the National Leo Mba High School in Libreville. Close to 200 young people mobilised for a cleaning session at the Bè Lagoon, located east of Lomé. According to Roger Klomegah, Secretary General of Alternative Leadership Group, which is one of the organisations that took part in the activity, the objective of this mobilisation is “to lead members to become ambassadors for the planet and to train other ambassadors in their turn“. An exercise he wishes to see replicated after the day of September 21, he explained to the newspaper Vert Togo.

The first edition of the World Clean up Day was held in Estonia (Eastern European countries) in 2008 under the name Let’s do it World. That year, 50,000 volunteers were mobilised for the day, collecting nearly 1,000 tons of waste. In 2018, ten years after its launch, the activity took on a greater magnitude, with 163 countries around the world now involved. The 2019 edition was celebrated at the same time as the International Day of Peace, which focused on “Climate Action, Action for Peace”. For the UN, this theme was chosen to highlight the challenge of preserving the environment, particularly in relation to the promotion of peace.