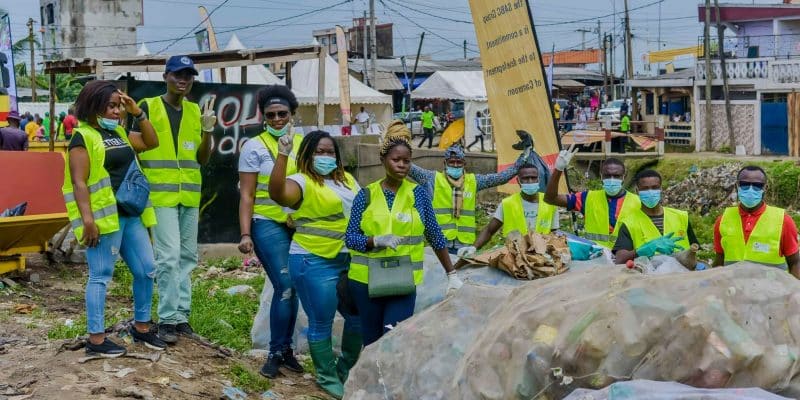 As part of the tenth edition of its initiative "Holidays without plastic waste", the Société anonyme des brasseries du Cameroun (SABC) is involving 100 young Cameroonians in the collection and recycling of plastic waste in the cities of Douala and Yaoundé, which are considered to be epicenters of pollution.

It is now a ritual as the holidays approach. For the 10th edition of its program “Holidays without waste”, the Société anonyme des brasseries du Cameroun (SABC) mobilizes 100 young people in the cities of Douala and Yaounde for the collection and recycling of plastic waste that litter the streets of these metropolises populated by about 8 million inhabitants.

The initiative of the subsidiary of the French group Castel in Cameroon will contribute to the reduction of pollution in this Central African country where 600,000 tons of plastic waste are generated annually according to the Ministry of Environment, Nature Protection and Sustainable Development. As a result, the trainees will initially receive training in sustainable waste management supervised by Red-Plast, the partner company in charge of the recycling phase.

The brewer SABC, which makes extensive use of PET (polyethylene terephthalate) bottles, assures that the collected plastic packaging and bottles will be recycled into granules, cobblestones, kitchen utensils or building tiles. During the 9th edition in 2021, the “Holidays without plastic waste” initiative was also deployed in the cities of Garoua (in the North), Bafoussam (in the West) and Limbe (in the South-West) with the collection of 1,441 tonnes of plastic waste.

Read also-CAMEROON: Towards the reinforcement of the waste management system in 27 cities

In Cameroon, only 130 tonnes of waste are recycled per day according to the authorities. This is why SABC is collaborating with Namé Recycling, a Belgian-Cameroonian company operating in Douala, Yaoundé and Limbe. In 2020, this company announced that it had already collected and recycled up to 100 million plastic bottles in Cameroon. For the record, this Central African country banned the use of non-biodegradable plastic packaging of less than 60 microns in April 2014.