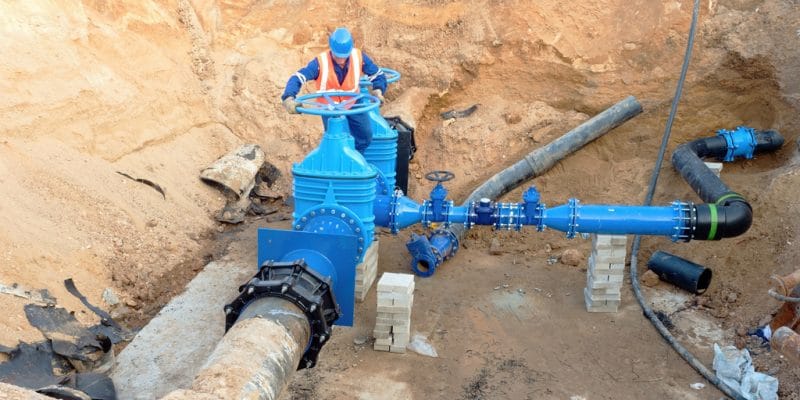 Construction work on drinking water catchment points in the Bubanza province of Burundi is under way. The installations will be delivered in June 2020.

Sustainable cities and territories #21. Our series in partnership with the Africa-France 2020 Summit.

The drinking water supply project launched in the province of Bubanza in January 2020 is on the right track. In the Musigati municipality, three water catchment points have already been built. The Burundian Minister of Hydraulics, Energy and Mines, Manirakiza Como, recently visited the commune of Musigati to assess the progress of the work. Other communes will also host water collection points according to the project specifications. All the installations will be delivered by the end of June 2020.

The water collection points to be built in the province of Bubanza will provide 45,000 people with access to drinking water. In addition, three health centres and 16 schools will be supplied by the new facilities. The drinking water supply works are being carried out by the Burundi Water and Electricity Production and Distribution Company (Regideso). The Burundian government has allocated around 950,000 euros (over 2 billion Burundian francs) to carry out this work. “The Burundian government has noticed that diseases such as cholera are originating in the Imbo plain in Bubanza. The Kibira forest holds a lot of drinking water that should be exploited to supply the population downstream,” explains Manirakiza Côme, Minister of Hydraulics, Energy and Mines of Burundi.

The water supply project launched in the province of Bubanza is part of Burundi’s vast water supply programme. The scheme has already provided drinking water to the inhabitants of three other provinces. They are the Ngozi, Makamba and Rutana provinces. After the Bubanza province, Kirundo province will be the next to benefit from the project.