BURUNDI: GEF finances the restoration of agricultural land in Kayanza 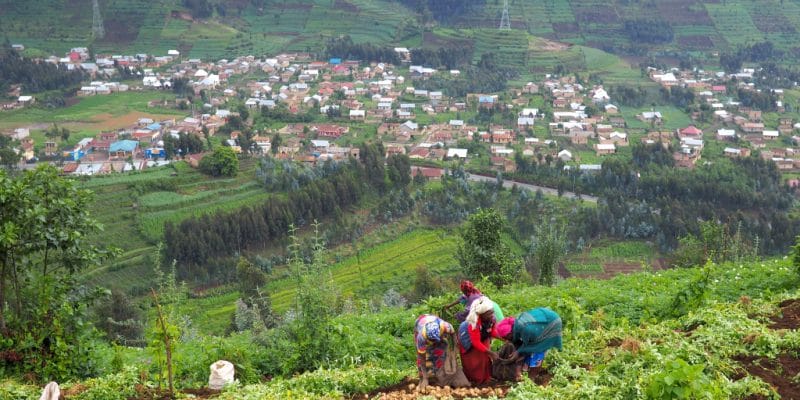 The Board of Directors of the World Bank Group has approved US$6 million in funding for the restoration of agricultural land in the province of Kayanza in Burundi. The funding is being made available to farmers through the Global Environment Facility (GEF).

The World Bank funding is being provided under the Burundi Landscape Restoration and Resilience Project (BLRRP), which is being implemented by the Burundian government to mitigate the degradation of agricultural land on which farmers depend in several provinces of the country. The $6 million grant from the Global Environment Facility (GEF) through the World Bank is for the implementation of the LPRP in Kayanza province.

According to the World Bank, GEF support will allow the introduction of terracing and bioengineering measures that should increase agricultural yields and bring degraded land back into production, thus alleviating the shortage of arable land. The project will also promote activities that reduce forest conversion and degradation.

A project also supported by FAO

“Climate change is the ultimate multiplier of threats to fragility in a country like Burundi, and this additional funding builds on the recognition that landscape restoration efforts must be addressed to tackle multifaceted problems related to rural poverty, nutrition, food security and land use at the community level,” explains Jean Christophe Carret, the World Bank’s Director of Operations for Burundi, Democratic Republic of Congo and Angola.

Read also- KENYA: Faced with drought, the State will restore land in 11 counties

In Burundi’s northern province of Kayanza, PRRPB activities will take place in nine highly degraded coffee-growing hills near Kibira National Park in the Matongo council and in degraded forest landscapes within and along the south-eastern sectors of the park, specifically in Teza and Rwegura. The GEF is funding the Landscape Restoration and Resilience Project as part of its Food Systems, Land Use and Restoration Impact Programme (Folur), which aims to transform food systems and land use globally so that areas and farmers are better integrated with demand and financing sectors, producing ecosystem services and conserving natural capital. In addition to the World Bank and the GEF, the BLRRP is also supported by the Food and Agriculture Organization of the United Nations (FAO).