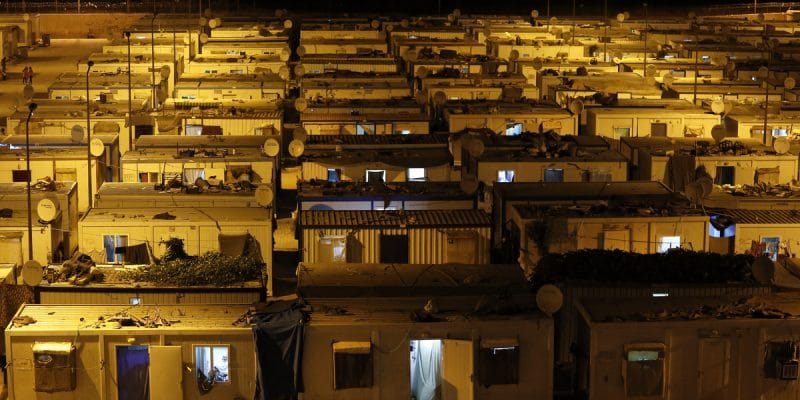 The African Development Bank (AfDB) has just completed its environmental project in the refugee camps in Burundi. The project, financed to the tune of 1.3 million dollars by the Transition Support Facility, has enabled 43,296 people to gain access to solar energy and improve their resilience to climate change.

In Nyankanda camp in eastern Burundi, refugees no longer need to go into the forest for lighting or to cook their food. The camp has been equipped with a solar field containing 46 large panels of 300 watts (W) each, for a total of 13.8 kWp. This electricity is used to light the administrative offices, the library, the community centre, the health centre, the school buildings, the housing sheds and a production unit for fuel briquettes, which are used for cooking within the camp.

These achievements are part of the project to support the supply of energy for cooking and environmental restoration in refugee camps, launched in 2018 in Burundi by the African Development Bank (AfDB) and financed to the tune of 1.3 billion dollars via the Transition Support Facility (TSF), an AfDB entity whose operational autonomy allows it to finance low-income countries without regard to performance criteria.

As part of its efforts to provide energy to refugees in Burundi, AfDB funding has made it possible to install 270 solar street lamps in all the camps in the East African country. Twenty solar street lamps have also been installed in the surrounding host communities to promote peaceful coexistence. In the new Nyankanda camp, the initiative was extended to the distribution of 2,500 individual solar lamps to secondary school students. “This has created significant educational benefits, mainly through improved school performance and an increase in exam pass rates over the past two years,” says the AfDB.

According to the project completion report, the overall objective was to improve the resilience of refugees, host populations and Burundian returnees in areas prone to poverty and environmental degradation. Hence the reforestation component of the project, which in 2018 consisted of the planting of 28,320 trees of different species (grevillea, eucalyptus, cedrela, callitris, etc) in and around the camps. The following year, these same varieties of trees were planted on 250 hectares. In total, the project executing agency planted trees on 325 hectares, well beyond the target of 100 hectares. In addition, 62 hectares of trees were listed and classified as protected natural areas.

Seduced by the success of this project, the European Union has committed to continue the programme to provide alternative energy in the refugee camps in Burundi, with a financial commitment of €2.1 million.