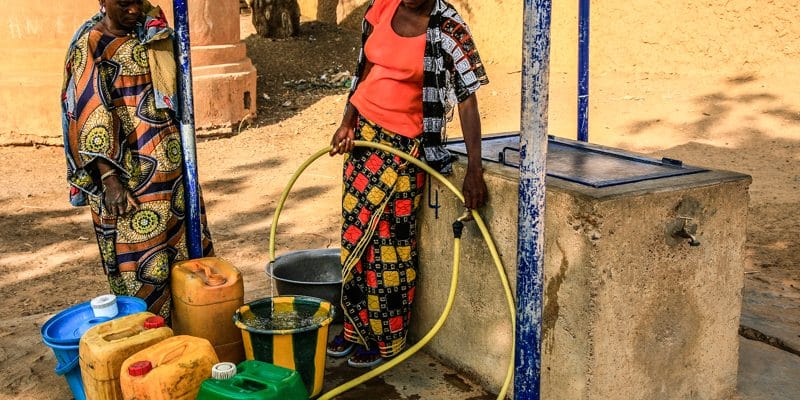 The drinking water supply project was announced on 29 March 2022 by Vergnet Hydro. It involves the construction of three drinking water supply systems in Mouhoun, a province in the Boucle de Mouhoun region of Burkina Faso. The contract was awarded to the French company by the Office national de l’eau et de l’assainissement (ONEA).

The aim is to meet the drinking water needs of the populations of the councilss of Fakouna, Karo and Lah. These needs range from 5 to 20 m3 of water per hour per council. Vergnet Hydro’s Burkina Faso subsidiary will supply and install six electric water pumps, three of which will be connected to a dedicated photovoltaic solar farm. The other three pumps will be connected to the electricity grid of the Société nationale d’électricité du Burkina Faso (SONABEL).

The groundwater will be treated via a chlorination system, before being stored in two water towers. The future installations will have capacities of 50 and 100 m3 respectively (per day, per month?).

Vergnet Hydro estimates that the drinking water supply project will benefit 21,000 people in Mouhoun province by December 2022, the planned delivery date of the water supply. The government of Burkina Faso is financing the work with a loan from the German Development Agency (KfW).

The contract, which will be carried out under the Water and Sanitation Programme in small and medium-sized towns in the south-west region and neighbouring regions in the Mouhoun basin, will bring Burkina Faso closer to its goal of achieving universal drinking water coverage by 2030. According to the Sahel Alliance (2018 report), the rate of access to drinking water in this West African country is estimated at 74%.