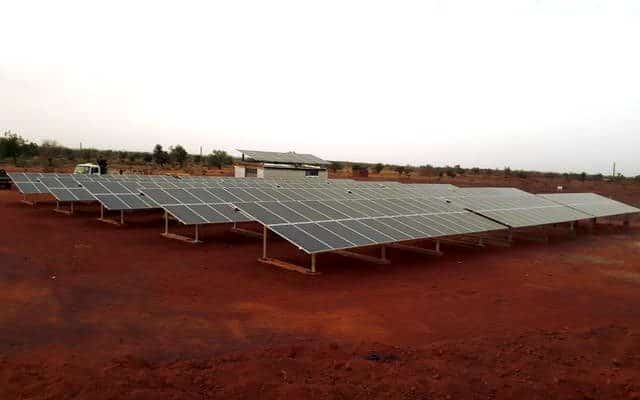 Vergnet Burkina, a subsidiary of the French group Vergnet Hydro and Sagemcom Energy & Telecom are preparing to connect five mini solar photovoltaic power plants in the northern and central-northern regions of Burkina Faso. They will supply at least 120,000 people in five villages.

In Burkina Faso, five villages in the Centre-North and North regions will soon be connected to a relatively carbon-neutral electricity grid, as electricity is produced from small solar photovoltaic plants. These installations were built by Vergnet Burkina, a subsidiary of the French group Vergnet Hydro and Sagemcom Energy & Telecom, a company based in Rueil-Malmaison, France.

The five mini solar photovoltaic power plants were built in the villages of Talisma, Saye, Ridimbo and Minima and Noaka. Each installation is composed of solar panels and inverters capable of producing 117.5 kWp. In all, the five plants consist of 1,820 solar panels with a combined capacity of 587.5 kWp.

The electricity fed into the Sonabel network

The equipment for this mini solar power plant project was provided by Sagemcom and the work was carried out by Vergnet Burkina Faso. The electricity produced will be fed into the grid of the National Electricity Company of Burkina Faso (Sonabel). As of November 2019, the populations of the five villages targeted by the project will receive electricity via a subscription to the Collective Infrastructure Company (Sinco). According to Vergnet Burkina, “these installations are authentic factors of economic development. They also provide additional comfort to the home. They guarantee a continuous source of energy for local mills, mechanical welding workshops, ice production, etc.” 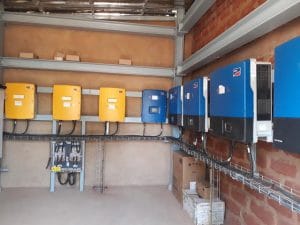 The control room of a mini solar power plant©Vergnet Hydro

The construction of the five mini solar power plants is part of the Dynamic Eco-Electrification Project in Northern and Central-Northern Burkina Faso, led by the Sinco, which has signed a public-private partnership (PPP) agreement with the government. It aims to provide a total of 12 mini solar power plants, five of which are therefore intended to supply the populations in the villages. The other seven plants will be used to supply the facilities of the National Water and Sanitation Office (Onea).

“These seven solar power plants have a combined capacity of 2.6 MWp, so that even in Ouagadougou when there is a power outage, consumers no longer have problems accessing water because there will be energy to pump water,” explained Yacouba Sanou, general manager of the Collective Infrastructure Company (Sinco) at the launch of the project in May 2018.

The Dynamic Eco-Electrification Project in Northern and Central-Northern Burkina Faso is supported by the European Union with a loan of €8 million. Sinco is also sponsored by Onea, the French Development Agency (AFD), the Electrification Development Fund (EDF) and Sonabel.