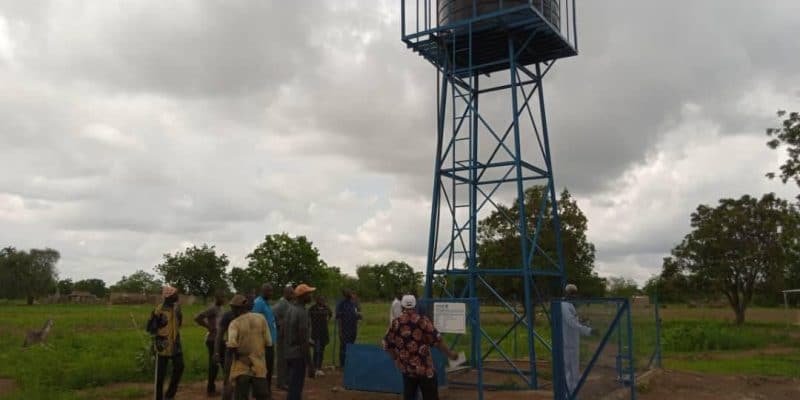 The United Nations Children's Fund (UNICEF) is providing the Nébiélianayou Division, in the province of Sissili in Burkina Faso, with two simplified drinking water supply systems (SDWS). The new facilities serve over 1,300 people in the villages of Nébiélianayou and Pinou.

The drinking water project was initiated and funded by the United Nations Children’s Fund (UNICEF). In Nébiélianayou, the project has built a borehole with a pumping capacity of 3 m3 per hour. The installation is equipped with a pump powered by a solar photovoltaic system with eight panels, each with a capacity of 260 W. Drinking water is stored in a 10 m3 plastic tank and distributed to the 1,866 people in Nébiélianayou via four standpipes.

A few kilometres from Nébiélianayou, in the Pinou council, is the second simplified drinking water supply system. The installation supplies 437 people with drinking water through four new standpipes. The water distributed to these people is pumped from a borehole with a capacity of 7 m3 per hour and stored in a 10 m3 tank. As in Nébiélianayou, this borehole is equipped with an electric pump that uses a clean energy source, photovoltaic solar energy. “The mini solar power plant has eight solar panels of 260 W each,” says Boukaré Sabo, the regional director of water and sanitation for the centre-west of Burkina Faso. The local authorities will maintain the new installations with the support of the provincial water and sanitation directorate of Sissili.

In total, more than 1,303 people are benefiting from the drinking water supply project implemented by UNICEF in the department of Nébiélianayou. This administrative district of Burkina Faso has a total of 11 villages. The new AEPS improve Burkina Faso’s drinking water coverage. Authorities in the West African country estimate that 74 per cent of the population has access to safe water.