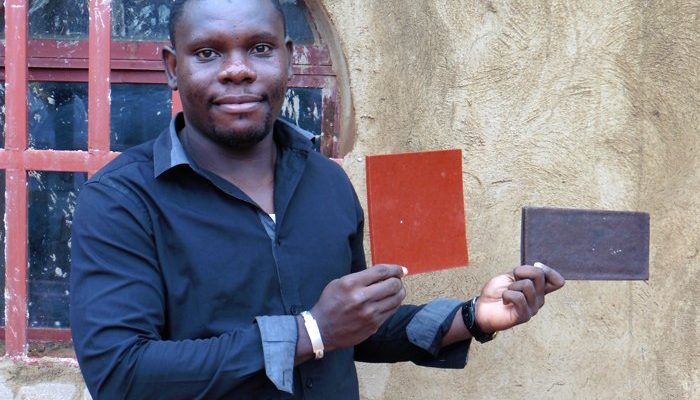 The first edition of the "Tremplin start-up" competition of the West African Economic and Monetary Union (WAEMU) has just given its verdict. The Burkinabe start-up Teco2 comes out on top of the competition with several distinctions, including the prize for start-up excellence valued at 14 million CFA francs (over 21,300 euros). The young start-up convinced the jury with its project of ecological roofs, called Teco.

The Burkinabe start-up Teco2 is gaining notoriety. On December 19th, 2020, the manufacturer of ecological roofs made from recycled plastic waste was elected best in the “Tremplin start-up” competition, implemented by the West African Economic and Monetary Union (WAEMU). The organisation collaborated with the Regional Consular Chamber (CCR-UEMOA) and the National Consular Chambers (CCN) of the UEMOA member states. The initiative aims to promote entrepreneurship through financial support ranging from 1 to 14 million CFA francs (from 1,524 euros to over 21,300 euros), granted to innovative start-ups that have an impact on the green economy.

The young Teco2 company has received a total of seven awards, including a start-up excellence award worth 14 million CFA francs (over 21,300 euros), three start-up incentive awards, an excellence bonus and three incentive bonuses. The nugget seduced the jury with its green roof project, called Teco. According to the Teco2 start-up, its roofs are made from recycled plastic granules and other local sources. In particular, they ensure the well-being of the population: better thermal comfort (almost 400 times more insulating than aluminium roofs) and at lower cost, lower electricity consumption (by reducing the use of ventilation and/or air conditioning systems) and environmental protection, as 1m2 of Teco roofing represents around 10 kg of recycled plastic waste. Teco roofs also have a lifespan of almost 65 years.

Start-up Teco 2 also uses recycled plastic waste to make strong and durable school benches. “By processing recycled plastic waste and local plant fibres, the product offers price and quality advantages over conventional wooden benches. The school benches are sold directly to schools and programmes, which promote education, or to Non-Governmental Organisations (NGOs) that manage them. My team and I strive to produce and market a wide range of furniture to meet the growth potential of this sector in Burkina Faso,” explains Calvin Tiam, the founder of the start-up.