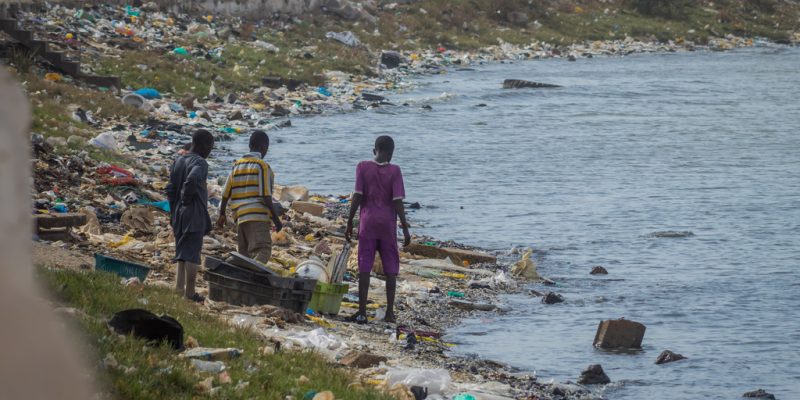 Fasobot, is a solution proposed by five young Burkinabe students to facilitate the sorting of waste at sea. In two months, they set up this robot which allowed them to take part, in the third edition of First global challenge held in Dubai in October 2019.

Jade, Cheick, Flore, Océane, Walliatou, five names that Burkina Faso is proud of. Grouped into a team, the young Burkinabe students set up the Fasobot, a robot that will soon be able to sort waste in the sea. Beyond the purely digital aspect of their robot, the Fasobot is a solution for capturing and sorting waste at sea and on freshwater bodies. Thanks to their discovery, these young people took part in the First Global Challenge, which was held in Dubai from October 22 to 24, 2019.

Sheik Oumar Farid Ouedraogo, a student in the second grade, is one of the members of this team. Interviewed by BBC Africa, the young teenager said he had learned a lot from the competition. “We built this robot in two months: every Saturday we would come together to work. Participating in the First Global Challenge allowed us to meet new people and learn a lot. It was an interesting competition”.

The Fasobot has been tested on watercourses in Burkina Faso, say its designers. They hope to improve its functionalities to make the tool more efficient, especially in terms of the articulated arm that handles waste. With this solution, they were ranked 185th out of 189 places in the competition. “The ranking didn’t help us much, but we learned a lot and this experience will allow us to better prepare for the 2020 edition”, explains Zoulfaou Dankourma, one of the team’s coaches, interviewed by BBC.

Putting robotics to work in the fight against maritime pollution

The First Global Challenge is an international competition that brings together every year young robotics enthusiasts, aged 14 to 18, from all over the world. In 2019, the competition celebrated its third edition and brought together young people from 200 countries. This year’s theme was “Ocean Pollution”, chosen to allow young people to use robots to propose solutions to combat marine pollution. A 2009 joint report by the Food and Agriculture Organization of the United Nations (FAO) and the United Nations Environment Programme (UNEP) estimates that there are on average 13,000 pieces of plastic waste per square kilometre on the oceans.