BURKINA FASO: Onea is building 4 boreholes to reinforce the water supply in Boussé 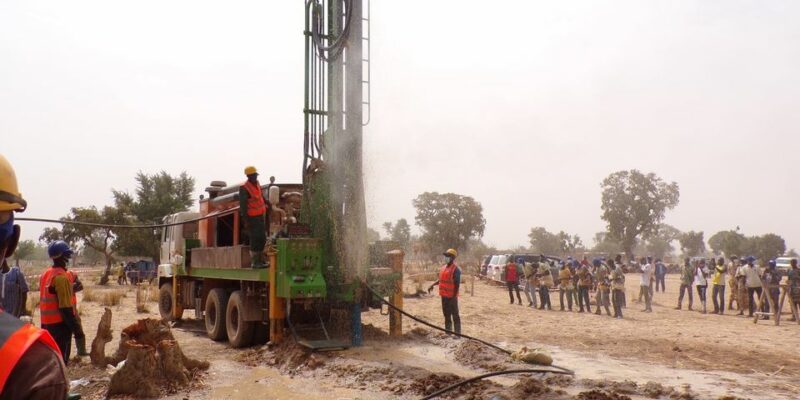 The town of Boussé, in the Central Plateau region of Burkina Faso, will be equipped with four new boreholes with a cumulative flow rate of 320 m3 per day. The installations will be carried out by the National Office for Water and Sanitation (Onea) at a total cost of 320 million CFA francs, i.e. around 488,000 euros.

With this new project, Boussé should cover more than half of its drinking water needs. It involves the construction of four boreholes that will have a cumulative flow of 320 m3 per day. “The town of Boussé now has nearly 827 subscribers and 16 standpipes supplied by groundwater thanks to only two boreholes (150 m3) instead of seven. An insufficient service while the current demand for drinking water in Boussé is estimated at 850 m3 per day,” says the Burkinabe Ministry of Water and Sanitation.

The National Office of Water and Sanitation (Onea) will carry out the large boreholes thanks to funding (320 million CFA francs, nearly 488,000 euros) from the Kingdom of Denmark. “The drinking water project underway in Boussé is part of the action plan for the management of the hot period of 2021. We plan to drill five more boreholes in the future to meet the drinking water needs of the entire population of Boussé,” said Ousmane Nacro, Burkina Faso’s Minister of Water and Sanitation.

Onea has received 1.75 billion CFA francs (nearly 2.67 million euros) from Denmark to strengthen the capacity of drinking water supply (AEP) in the cities of Kaya, Ouahigouya, Kombissiri and Djibo. Other initiatives are also underway to reduce water scarcity in households, such as the Water and Sanitation Sector Policy Support Programme (PAPS-EA), funded by the European Union (EU) and its partners, and the Capacity Building Project for the Governance of Drinking Water Supply, Hygiene and Sanitation Services.

The rate of access to water in the country is estimated at 74%, according to the Sahel Alliance (2018 report). It is a mechanism for strengthening the coordination of development partners.