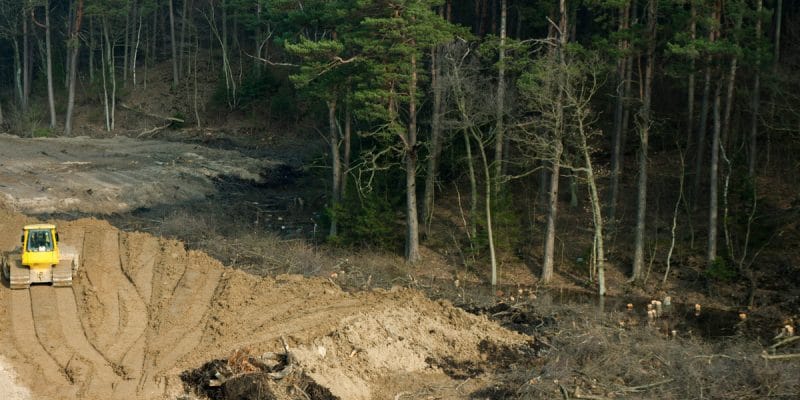 The municipality of Bobo-Dioulasso has declassified part of the Kua forest, so that China can build a university hospital centre there. While all stakeholders are unanimous on the salutary nature of the initiative, the choice of the location of the hospital is strongly contested. The Kua Forest, which is also the second largest water reserve in West Africa, is very valuable for a Sahelian country like Burkina Faso, where the forest represents only 14% of the area.

In Burkina Faso, opposition is widening to the project to build a university hospital centre (CHU) in the classified forest of Kua, located in the municipality of Bobo-Dioulasso, in the western part of the country.

As part of the China-Burkina Faso cooperation, which resumed in May 2018, China wants to fully finance the construction of the Bobo-Dioulasso University Hospital, in the form of a €91.5 million (60 billion CFA francs) grant. To implement the project, the municipal council of the municipality of Bobo-Dioulasso adopted, on April 19, 2019, a decision on the partial declassification of 160,000 m2 of the classified Kua forest. While the social nature of this project, which will provide access to health care, is unanimously welcomed in the region, its location is a real bone of contention.

Riverside residents, traditional chiefs and ecologists have strongly resisted the choice of location for the Bobo-Dioulasso University Hospital project. The latter made this clear again on May 26 during a press conference organised on behalf of the Movement for the Protection of the Kua Classified Forest.

The Association of Environmental Lawyers of Burkina Faso (AJE/BF) has also taken up the challenge to defend the classified forest of Kua. According to these lawyers, the deliberation adopted by the Bobo-Dioulasso City Council is irregular. It is in total violation of Law No. 003-2011/AN on the Forest Code in Burkina Faso. Article 30 of the Forest Code specifies that the downgrading of a State forest results from a decree issued by the Council of Ministers on the proposal of the Minister in charge of forests. In addition, the same code stipulates that any decommissioning procedure must comply with the procedures for carrying out and validating the strategic environmental assessment, as well as the environmental and social impact study and notice.

The AJE/BF has promised to take legal action against the authors and sponsors of the ongoing work in the forest. It also congratulated the Minister of the Environment, Green Economy and Climate Change for his prompt reaction by correspondence dated 29 April 2019, in which he declared the irregularity of the partial declassification adopted by the City Council.

The State’s classified forest estate covers an estimated total area of 3.9 million hectares, or about 14% of the national territory. It is composed of 77 classified areas, including 65 forests all classified since colonial times. The Kua forest, classified on April 27, 1936, with an area of 350 hectares, is a real forest heritage for the country. It has the second-largest water supply in West Africa, and its domain has remained untouched, in a country where 4% of the forest disappears every year. This forest is therefore a valuable ecological asset for Burkina Faso, a Sahelian country with a desert climate.