Homepage » BURKINA FASO: Nordgold wants to equip its mines with a 13MWp solar off grid

BURKINA FASO: Nordgold wants to equip its mines with a 13MWp solar off grid 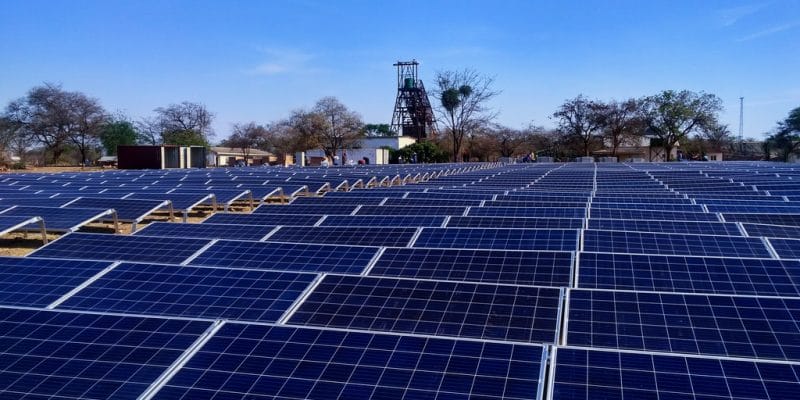 The Bissa and Bouly gold mines will soon be powered by a 13 MWp solar off grid. Currently operated by the Russian mining company Nordgold, they run on an oil-fired thermal power plant.

An agreement was recently signed between the Russian mining company Nordgold, Total Eren, an independent power producer (IPP) owned by the French multinational Total, and Africa Energy Management Platform, a company specialising in financing solar projects. The agreement covers the construction of an off-grid solar photovoltaic power plant to serve the Bissa and Bouly gold mines in the north-central region.

These two mines, which are close to each other, are operated by Nordgold. Its goal is to build a solar photovoltaic off grid on the same site. It will consist of panels, solar inverters and a battery storage system. As a result, the mines will be lit after sunset. “At Nordgold, we are deeply committed to our role as a responsible miner and constantly strive to minimise the impact of our activities on the local environment,” says Nikolai Zelenski, Nordgold’s President and CEO.

An alternative to fuel oil

The solar off-grid Nordgold wants to build will have a capacity of 13 MWp. It will replace an oil-fired thermal power plant, thus avoiding emissions of 18,000 tonnes of CO2 per year. The off-grid solar power plant will mainly save Nordgold money, since its generators consume the equivalent of 6.4 million litres of heavy fuel oil per year, not to mention the cost of transporting this fossil fuel. The solar power plant is expected to be commissioned in the 4th quarter of 2020.

Total Eren, which will build this solar photovoltaic power plant, is not in its first project in Burkina Faso. In March 2018, it already commissioned a solar off-grid system at the Essakane mining site. This open-pit gold mine, located in the northern province of Udalan, is operated by the Canadian mining company Iamgold Corporation. The off grid is composed of 130,000 solar panels and inverters that produce 15 MWp. The electricity is integrated into the mine’s electricity grid, which is already supplied by a thermal power plant (oil-fired generator) with a capacity of 57 MW. The solar power plant avoids emissions of 18,500 tonnes of CO2 per year.

More broadly, in the West African sub-region, other mining companies have decided to equip the mines with solar off-grid systems. For example, in Mali, the Canadian mining company B2Gold has decided to build a 30 MWp solar power plant to supply its Fekola gold mine in the southwest of the country. The $38 million investment will be commissioned in August 2020.