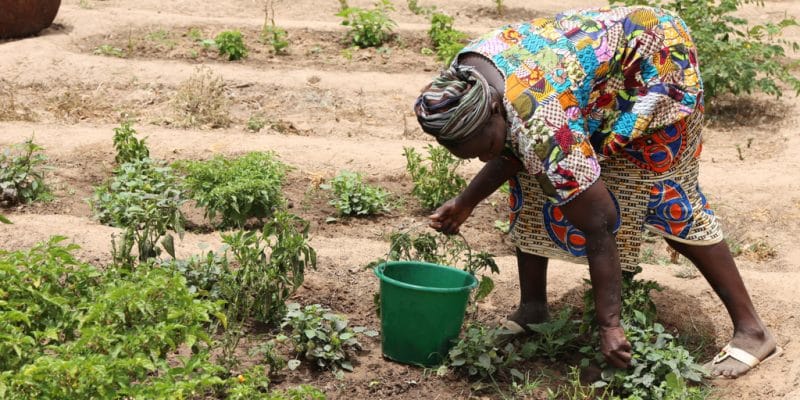 Mathieu Ouedraogo received the "Land for Life" award. The farmer, who has devoted most of his life to restoring and fertilising degraded lands, was honoured on the sidelines of the United Nations Conference to Combat Desertification (COP14), from September 2 to 13, 2019, in New Delhi, India.

In Goursi, a small village of just over 1,000 inhabitants in northern Burkina Faso, desertification is no longer inevitable. Ancestral techniques have been improved here to enable farmers to fight drought, recover degraded soils and improve cereal production. One of the promoters, if not the main promoter of these resilient farming techniques, recently received an international award. Mathieu Ouédraogo is one of the 2019 winners of the “Land for Life” award. The chairman of the Accelerated Method of Participatory Research in Rural Areas (dubbed MARP in French) network, has devoted most of his life to restoring degraded land to make it productive again.

Mathieu’s technique is called “stony strings”. It consists of dividing the land into several contours and separating them by stone barriers. These barriers act as dikes, preventing water from dispersing and thus contributing to soil irrigation. The objective is to prevent erosion and retain as much water as possible in the soil. “These are traditional farming techniques, improved by agricultural technicians,” explains Matthieu Ouedraogo. The technique has made it possible to develop 300,000 hectares in the north of the country, for an investment of 130 euros per hectare. As far as yields are concerned, an average of 1.5 tonnes of sorghum per hectare is obtained, compared to 800 kg for the best land in the area.

It is the second “Land for Life” in Burkina Faso

The Land for Life Prize is awarded every two years. It recognises excellence and innovation in efforts to create a balance between land and sustainable development goals (SDGs), in particular SDG 15.3 “Life on Earth”. The 2019 edition rewarded three entities. The Ministry of Agriculture of Ethiopia for the environmental resource management project to enable the transition (Mere), Mathieu Ouédraogo of the MARP-Burkina network and Yun Da, outgoing head of the finance department of the Tibet Autonomous Region. The winners received their awards in New Delhi, India, on the margins of the United Nations Conference to Combat Desertification (COP14).

It should be noted that Burkina Faso is the winner for the second time of the Land for Life. Before Mathieu Ouédraogo, his compatriot Yacouba Sawadogo was awarded this prize in 2013. The farmer has developed a technique called zaï. It is characterised by 20 cm deep holes where seeds are planted in manure, allowing water to infiltrate deeply.

Ancestral agricultural techniques in northern Burkina Faso have in common that they retain water and regenerate the soil. “With these techniques, it only takes four or five years to achieve good results on degraded land. Desertification is stopped, land fertility is increased, resulting in higher grain and fodder yields for livestock, and biodiversity is restored”, said Souleymane Ouedraogo, a researcher at the National Institute for Environment and Agricultural Research (INERA), in the columns of Le Monde.