Homepage » BURKINA FASO: in Koudougou, 6,000 households will be connected to the Sonabel network

BURKINA FASO: in Koudougou, 6,000 households will be connected to the Sonabel network 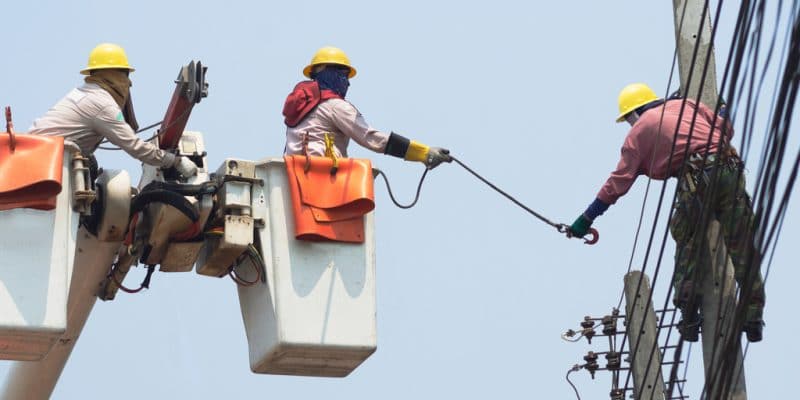 The Project for the Development of Electricity Connections (PDCEL) is taking place in Koudougou, in the province of Boulkiemdé in Burkina Faso. In this city, the National Electricity Company of Burkina Faso (Sonabel) plans to connect 6,000 households to its network through the construction of various facilities.

After Ouahigouya and Kaya, it is the turn of the city of Koudougou to benefit from the pilot phase of the project for the development of electricity connections (PDCEL). On October 1st, 2020, the Burkinabe Minister of Energy, Bachir Ismaël Ouédraogo officially launched the works in Koudougou.

In this city in the province of Boulkiemdé, the National Electricity Company of Burkina Faso (Sonabel) will connect 6,000 households to its network. To do so, the public company will build 16 km of low-voltage lines and 2 km of high-voltage lines. Sonabel will also install three transformers with a capacity of 160 kV. The project will cost more than 164 million CFA francs, i.e. more than 250,000 euros.

Bachir Ismaël Ouédraogo, the Burkinabe Minister of Energy indicates that it will be enough for each customer to give an advance of 3,000 CFA francs (about 4.6 euros) on the amount of the connection estimate to be connected to the Sonabel network. The connection to the national electricity company generally costs between 200,000 (around 305 euros) and 300,000 CFA francs (457 euros).

The cities of Tenkodogo, Ouahigouya, Kaya, Bobo-Dioulasso and Ouagadougou will also benefit from the PDCEL project. The pilot phase was launched in December 2019 in the city of Tenkodogo, located in the province of Boulgou in Burkina Faso. Ultimately, this phase of the project will enable 50,000 new households to be connected to the Sonabel network.

The PDCEL project is in line with Burkina Faso’s National Economic and Social Development Plan (PNDES). It aims to connect 1 million Burkinabes to the electricity grid by the end of 2020.