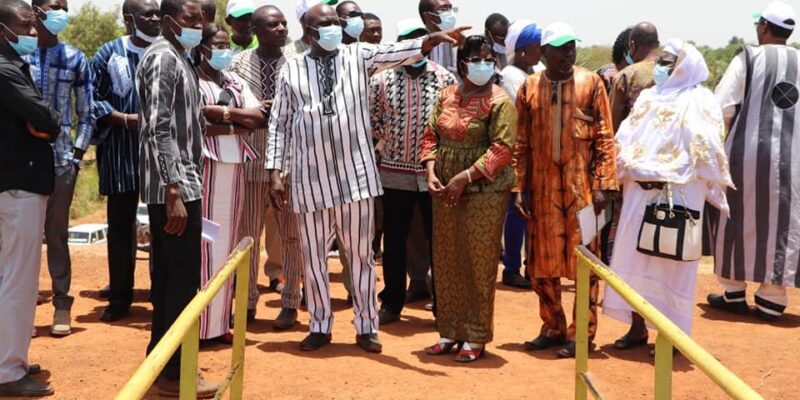 The government of Burkina Faso recently launched the Lerabah Plain Development Project (Paval). One of the major axes of this project is the extension of the Niofila dam. This work will increase the irrigation capacity of more than 1,400 hectares of additional land in the Cascades region of Burkina Faso.

The Lerabah Plain Development Project (Paval) was launched on April 9th, 2021 in Niofila, in the Cascades region. The aim of the project is to improve agro-sylvo-pastoral and fisheries production, as well as to increase the income of farmers, including women and young people.

To implement this project, the Burkinabe authorities plan to extend the retention capacity of the Niofila dam over a length of 8 km. The dam is currently 3,000m long. The government of Burkina Faso also plans to build a 22 km long protective dam, develop a 1,000-hectare irrigated area, and rehabilitate the existing 410-hectare area.

A project supported by the AfDB and IFAD

The Paval will also make available at subsidised prices 2,100 tonnes of fertiliser, 72 tonnes of improved seeds, 9,600 litres of approved pesticides and agricultural equipment through the financing of market access sub-projects. At least 20 drying areas, 13 storage warehouses for 250 tonnes of rice and maize, 75 storage facilities for 10 tonnes of onions, a purchasing office and a rural promotion centre will also be built under the Paval.

Ultimately, the Lerabah plain development project will directly benefit 9,000 people in the Cascades region, including 5,000 women.