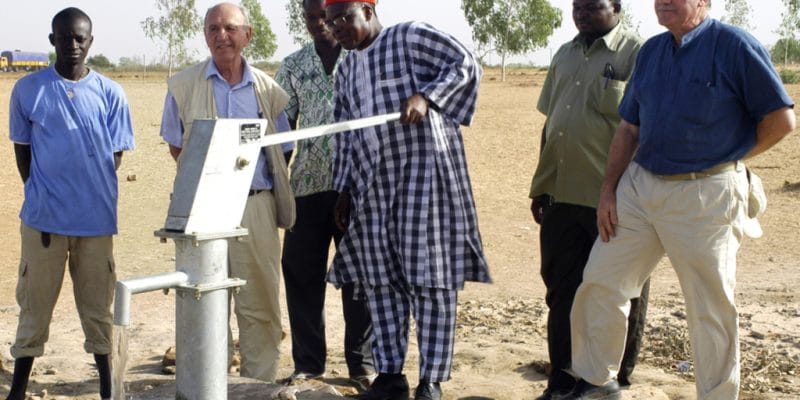 The Burkinabe authorities have launched the Water Supply and Sanitation Programme (dubbed PAEA in French). The project will provide drinking water and sanitation to more than one million people, with an investment of 180 billion CFA francs, or more than 274 million euros.

Burkina Faso’s Prime Minister, Christophe Marie Joseph Dabiré, recently visited the small village of Kilingbara, in the southwestern town of Kampti. Objective: Officially launch the Water Supply and Sanitation Programme (WSSP). The choice of Kampti as the venue for the ceremony is significant. The commune is one of the largest in the country, with 117 villages grouped within it, and above all the lack of drinking water infrastructure for nearly 50,000 inhabitants.

The WSSP has a rural water component. During the first phase of the programme, the government aims to provide drinking water to rural areas in the Southwestern regions, the cascades, the Upper Basins and the Mouhoun loop. The government plans to build 1,220 boreholes in the villages equipped with human-powered pumps and 90 simplified drinking water supply systems (WSPs). In terms of sanitation, 50,000 latrines will be built in these same rural areas.

“This programme (PAEA) is part of the “water and sanitation” component of the programme of the Head of State (Roch Marc Christian Kaboré). He had committed himself to “zero water chore” for Burkina Faso. (…) This means that a large part of our country will see a significant improvement in the supply of drinking water,” says Niouga Ambroise Ouédraogo, Minister of Water and Sanitation.

Ultimately, the implementation of the programme will provide drinking water and wastewater treatment facilities to 630,000 people living in urban areas and 53,000 in rural areas, for a total of 1.16 million people. However, 180 billion CFA francs, the equivalent of 274 million euros, will have to be invested. The World Bank has already assured the Burkinabe government of its support for the execution of this programme but the modalities remain to be specified for the time being.

To date, the WSSP is the second drinking water and sanitation project launched since the fall in 2014 of former Burkinabe President Blaise Compaoré. Launched in 2015, the Ouagadougou Drinking Water Supply Project (Ziga II) is still ongoing. It provides for the pumping of water from the Ziga River. Before being consumed by the more than 457,000 people involved in this project, the water is first treated in a plant with a daily capacity of 75,000 m3.

The supply will be provided through the construction of 160 standpipes and 52,000 social connections. These infrastructures should make it possible to “cover the capital’s water needs by 2030”. The total cost of this project is 105 billion CFA francs, or more than 160 million euros. It has received funding from the French Development Agency (AFD), the World Bank, the European Investment Bank (EIB), the Arab Bank for Economic Development in Africa (Badea) and the OPEC Fund for International Development (OFID).