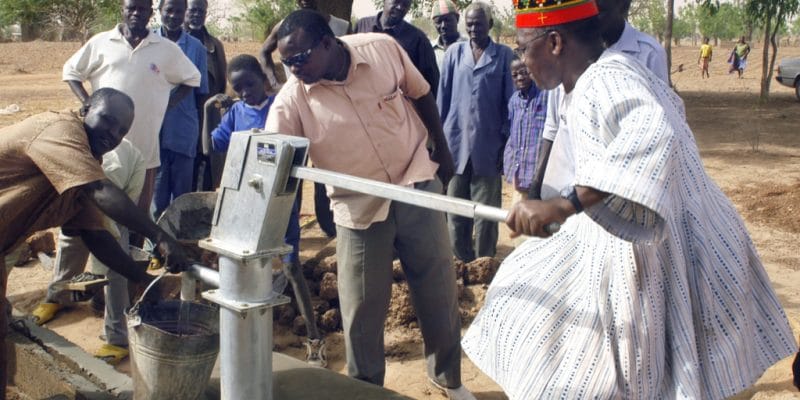 The rural commune of Koubri in the division of the same name, Centre region in Burkina Faso, has benefited from two community boreholes. The installations have recently been inaugurated by Burkina Faso's Minister of Women, National Solidarity, Family and Humanitarian Action, Hélène Laurence Marshal Ilboudo. The two boreholes commissioned are the first in a series of ten boreholes that will be inaugurated in the central region of the country.

The populations of the rural community of Koubri in the eponymous region of Burkina Faso now have two new community boreholes. They were commissioned on the 3rd of March 2020 by the Burkinabe Minister of Women, National Solidarity, Family and Humanitarian Action, Hélène Laurence Marshal Ilboudo. The two community boreholes will alleviate the water supply problems of the populations of the rural commune. Koubri is located in the Centre region and is part of the rural areas most affected in the country by the lack of water. The situation has recently deteriorated with the arrival of internally displaced persons (IDPs) in the locality and in other remote communities and peri-urban areas of the country.

In the central region of Burkina Faso, 8 more community boreholes will be inaugurated in March 2020. This is in response to the population’s water supply problems, which affect women in particular. After the Central region of the country, Hélène Laurence Marshal Ilboudo plans to inaugurate about thirty community boreholes in the Centre-North region.

This project of community boreholes in rural communes in Burkina Faso comes at a time when several other projects are underway.

In May 2019, the government of Burkina Faso launched the Water Supply and Sanitation Program (WSP) in the small village of Kilingbara, Kampti commune, in southwest Burkina Faso. The commune of Kampti is one of the largest in the country, with 117 villages grouped together within it, yet without drinking water infrastructure for about 50,000 inhabitants.

The Water Supply and Sanitation Programme (PAEA) has a rural water supply component. During the first phase of the current programme, the government will provide drinking water to rural areas in the south-west, Cascades, Upper Bassins and the Mouhoun loop regions. The government will build 1,220 boreholes in villages equipped with human-powered pumps and 90 simplified drinking water supply systems. In terms of sanitation, 50,000 latrines will be built in the same rural areas.

Ultimately, implementation of the WAP will provide drinking water and wastewater treatment facilities for 630,000 people living in urban areas and 530,000 in rural areas, i.e. 1.16 million people in all. The water supply and sanitation programme is financed by the World Bank to the tune of 180 billion CFA francs, the equivalent of 274 million euros.