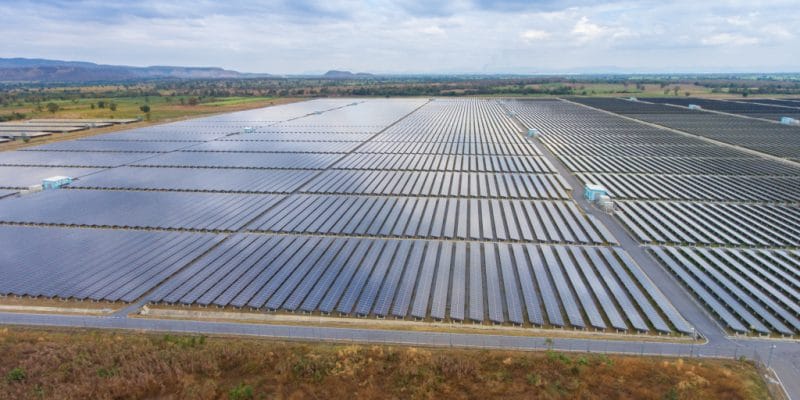 This is a record amount of funding for renewable energy financing in Burkina Faso. The Netherlands Development Finance Company (FMO Nederlandse Financierings-Maatschappij voor Ontwikkelingslanden N.V.) announces the finalization of the financing and contract for the construction and operation of four solar power plants in the West African country. FMO is the lead financier of these clean energy projects with four loans worth €90 million.

These solar projects are being developed by independent power producers (IPPs) in order to increase the installed capacity of the “Country of Honest Men”. Burkina Faso has an installed capacity of 344 MW, one of the least endowed countries on the African continent. Much of this electricity is produced by diesel generators, which increases the cost of electricity for the end consumer. To meet the demand of its estimated 21 million inhabitants, Burkina Faso is forced to import some of its electricity from neighboring countries, notably Ghana and Ivory Coast. But the government of this West African country is now banking on solar power to turn the tide.

The largest solar plant financed by FMO and its partners will have a capacity of 38 MWp. The facility will be located in Kodeni, a town near Bobo-Dioulasso, the economic capital of Burkina Faso. The plant built by Africa Ren will be 60% owned by Metier Sustainable Capital and 40% by FMO.

40 km from the capital, the Société de production d’énergie solaire de Ouagadougou (SPES de Ouagadougou) will build a 30 MWp solar power plant. This special-purpose company is 95% owned by GreenYellow, the subsidiary of the French Casino Group, and 5% by Africa Energy Company. The other solar power plant will be built near Tenkodogo by Quadran Burkina Faso, a company 30% owned by Syscom Network and 70% owned by Make It Happen In Africa (MIHIA Holding). It is a 51%/49% investment vehicle between the French group Qair and its compatriot, the investment company Stoa Infra & Energy, 83.3% owned by the Caisse des Dépôts et Consignations (CDC) and 16.7% by the AFD.

Read also- Africa bets on renewable energies for its electrification

The Tenkodogo solar power plant will have a capacity of 24 MWp. MIHIA Holding and Syscom Network have also invested in the construction of a solar power plant in Dédougou with an expected capacity of 18 MWp. The electricity produced by these facilities will be sold to the Société nationale d’électricité du Burkina Faso (SONABEL).