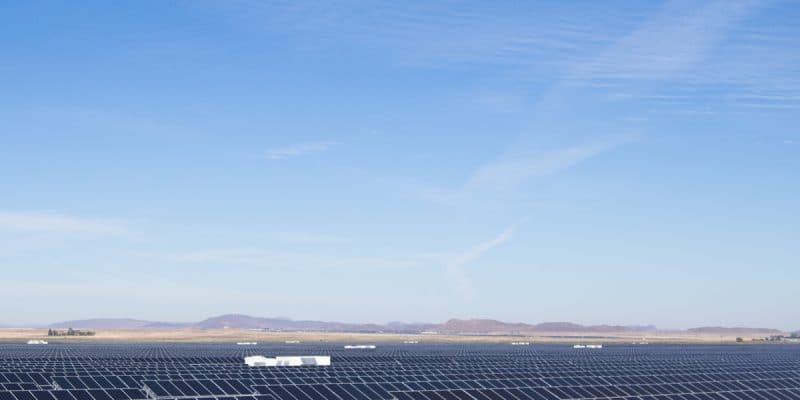 The dynamic eco-electrification project in the north and north-central regions of Burkina Faso will provide 100,000 inhabitants with access to electricity.

The problems of the absence, insufficiency and cut-off of electricity and even drinking water will soon be only a sad memory for the Minima population, a locality in Zondoma, one of Burkina Faso’s 45 provinces in the north of the country. On Thursday, May 24 2018, the latter attended the official launch of the work on the “Dynamic eco-electrification project in northern and north-central Burkina Faso”. This is a rural electrification and renewable energy (solar photovoltaic) development project, which aims to produce electricity for about 30,000 households or 100,000 inhabitants, with 50,000 inhabitants, in each of the two regions concerned. This will involve the construction of 12 solar power plants, the use of which will be distributed as follows:
Electrification of a cluster of 63 localities (33 in the Northern region and 30 in the Central and Northern region) by a combination of grid extension + PV solar power plants (5 plants with a combined power of 0.6Mw) + individual solar kits.
Development of the contribution of renewable energies through the construction of seven solar PV power plants with a combined capacity of over 2.6 MW for Onea (the National Water and Sanitation Office) for water pumping.

The project is managed by Sinco

The project is supported by an infrastructure company known in French as Société d’infrastructures collectives (Sinco), which is a Burkinabe company operating in the electricity sector “so that electrical service can be extended to peri-urban and rural areas of our country,” said Yacouba Sanou, Sinco’s director and project coordinator, at the launch ceremony. After the grant contract was signed in May 2014, Sinco faced difficulties in mobilizing funds. But with funding from the European Union, the delay of almost two years has been partly made up. All construction contracts have been signed and start this second quarter of 2018. The last one will end, if all goes well, in April 2019.

The European Union is co-financing this programme to the tune of 8 million euros, or 5.2 billion FCFA. The rest of the overall cost of the project (around 12 400 000 euros) is supported by the National Water and Sanitation Office (Onea), the French Development Agency (AFD), the Société d’infrastructures collectif (Sinco), the Electrification Development Fund (FDE) and the electricity company known in French as Société Nationale d’Electricité du Burkina Faso (Sonabel).  “I hope that this project, like the other EU projects, can contribute to improving people’s living conditions and creating a more sustainable future for all,” said Jose Luis Sanchez Alegre, the European Union’s political adviser in Burkina Faso, during his special address.
In addition to rural electrification in Burkina Faso (over CFAF 15 billion in the last 7 years), the European Union has financed the construction of the 33 MW Zagtgouli photovoltaic solar power plant (the largest in West Africa), interconnections with Ghana and Nigeria (Dorsale Nord), as well as a series of accompanying measures for the sector and these institutions.
Boris Ngounou