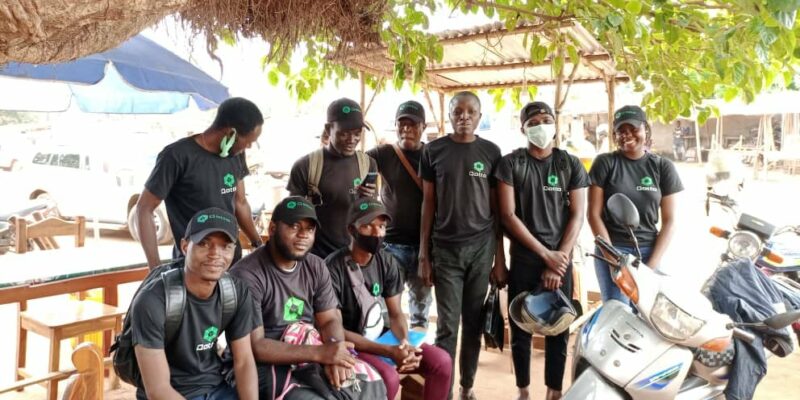 The Off-Grid Energy Access Fund of the Energy Inclusion Facility (EIF OGEF) closes the €2 million financing in favour of the French start-up Qotto. This provider of solar home systems will use this funding to electrify rural households in Benin and Burkina Faso.

After the British company Bboxx, it is the turn of the French start-up Qotto to benefit from the support of the Off-Grid Energy Access Fund of the Energy Inclusion Facility (EIF OGEF). This loan fund provides mainly secured financing to support the growth of innovative companies in the off-grid energy sector. Managed by Lion’s Head Global Partners (LHGP), the fund draws on the Energy Inclusion Facility (EIF), a debt financing facility for small-scale electricity access projects, capitalized by the African Development Bank (AfDB) and other development finance institutions as well as commercial investors.

The EIF OGEF is providing Qotto with €2 million in financing for the extension of its services in Benin and Burkina Faso. The solar kit supplier installs its systems mainly in rural areas. The funds have been raised from the Africa Enterprise Challenge Fund ($700,000) for Burkina Faso. In turn, the US government’s Millennium Challenge Corporation is providing a $1.8 million grant through its Off-Grid Clean Energy Facility for Benin.

The AfDB is part of its “Desert-to-Power” initiative which aims to make the Sahel the largest solar energy production area in the world with a capacity of 10,000 MW. The long-term objective is to electrify 250 million people in the countries that make up the Sahelian strip by using this energy source available in abundance in the sub-region.

“This financing is (…) very innovative in its structure, which reinforces the risk assessment by analysing the future revenues contracted: it shows that financial tools can be used for a positive social and ecological impact,” says Jean-Baptiste Lenoir, co-founder and president of Qotto. The EIF OGEF’s contribution thus helps the French start-up to reach its goal of mobilising 6 million euros for the distribution of its solar kits in West Africa. The other part of the funding will be collected from business angels and individuals.