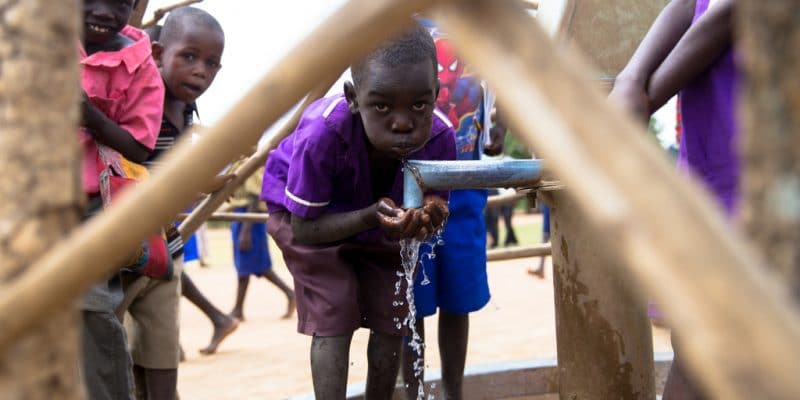 The Burkina Faso government has signed an €8 million loan agreement with Belgium. The money will be used to finance the Project to build 27 drinking water supply systems (WSS) in the Central East region.

The Belgian government will support Burkina Faso in the implementation of its project to build 27 drinking water supply systems (WSS) in the Central-Eastern Region. An agreement to this effect was signed in Ouagadougou, the capital of Burkina Faso, between Hadizatou Rosine Coulibaly, Minister of Economy, Finance and Development and Lieven de la Marche, Belgium’s Ambassador to Burkina Faso.

The agreement covers a CFAF 5.25 billion loan, or €8 million. The money will be used to accelerate the project, which plans to drill 27 holes. These infrastructures will be built in 27 localities in the Centre-East region. Each well will be used to supply seven standpipes and 50 private connections. A standpipe should provide 500 people with drinking water. The project is part of Burkina Faso’s National Drinking Water Supply Programme (PN-AEP).

The PN-AEP and universal access to drinking water in Burkina Faso?

In the Central-East region, the project to build 27 water supply systems should help to provide universal access to drinking water. The project will last for 5 years, according to Fidèle Kuama, the Regional Director of Water and Sanitation, who attended the signing of the loan agreement, which is the responsibility of the Ministry of Water and Sanitation.

To achieve these objectives, the Burkinabé government has decided to do without traditional water supply systems, which include modern wells and boreholes equipped with hand pumps; it will focus on small water production centres (WPCs) with a capacity of 600 m3 per day and capable of supplying 30,000 people. It is expected that these daycare centres will operate on clean energy such as solar energy. Objective: to limit the environmental impacts of the programme and, above all, to optimise the cost of drinking water.