Homepage » BURKINA FASO: Agroforestry for the empowerment of the people of Réo

BURKINA FASO: Agroforestry for the empowerment of the people of Réo 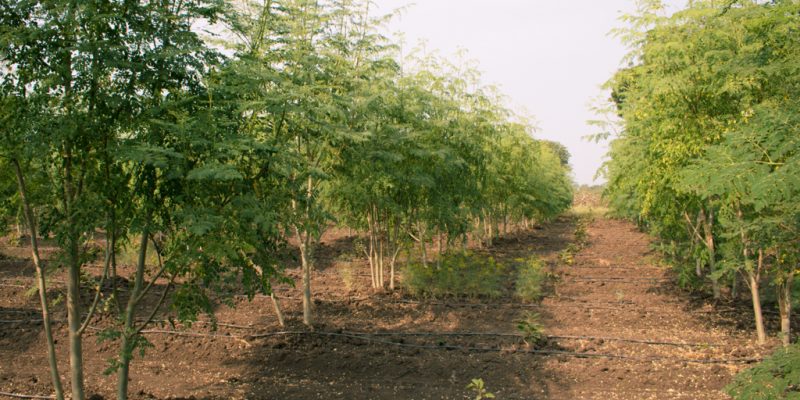 Located in the centre of Burkina Faso, the municipality of Réo is at the centre of an agroforestry project whose aim is to produce medicinal plants such as moringa and artemesia. The project is developed by the French association Tamounte.

Recreating plant cover is one of the objectives of the agroforestry project underway in Réo, a small town in Burkina Faso’s Centre-West region. With a population mainly made up of farmers, the village suffers from an arid climate that prevents the significant development of vegetation. It is in this context that the Tamounte association, based in Avignon, France, has launched an agroforestry project in partnership with the Réo Nutrition Centre.

The other objective of the initiative is to stabilize the soil in the face of the violent rains that fall on this part of Burkina Faso from August onwards. Concretely, the idea is to plant shrubs with therapeutic virtues such as moringa or artemesia, recognized in the treatment of malaria and at the focus of certain studies on the treatment of the new coronavirus.

An economic opportunity for local residents?

According to Tamounte, moringa produces leaves during the dry season and even during periods of drought. “Moringa is therefore a real source of life, a source of greenery when few other foods are available”. The association has accompanied the local population in the creation of plots where “500 moringa trees are planted and are very regularly harvested for the beneficiaries of the Réo Nutrition Centre”.

Eventually, moringa and artemesia could become a source of income for the local population. “In the fourth year of the project, we will ensure that local residents who wish to do so can produce moringa for consumption or sale. If we have enough producers, we will contact buyers who will be able to come and collect the moringa from small fair trade producers. Moringa is starting to be sold in Europe. So there is a possible market. As a result, the people on the spot could have a direct and fairly simple income since moringa cultivation doesn’t require a lot of effort,” explains Valérie Passeport, the moringa/artemesia project manager at the Tamounte association.

To provide drinking water to the local population and ensure moringa production during the dry season, two boreholes have been installed in Réo.