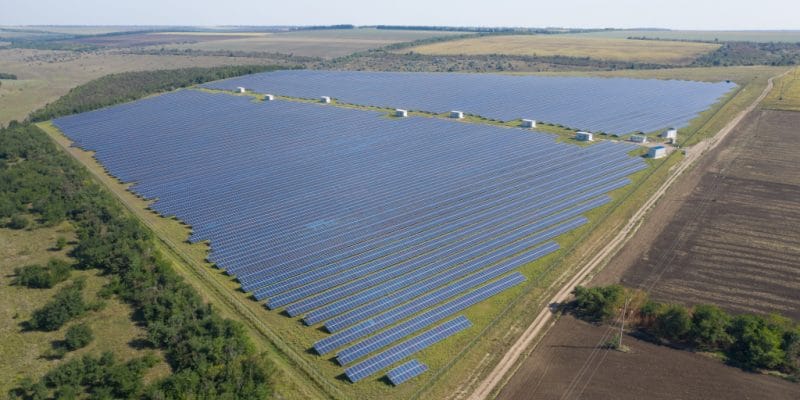 The French company Africa Ren is launching the construction of the Kodeni Solar photovoltaic power plant in Burkina Faso. The plant, which will come on stream in 2022, will have a capacity of 38 MWp.

Africa Ren closes financing for a solar photovoltaic project in Burkina Faso. The Paris, France-based Company is also starting construction of the solar power plant at a site near Bobo-Dioulasso in the west of the country. As part of its project, Africa Ren has set up the company Kodeni Solar, which has signed a public-private partnership (PPP) with the Burkinabe authorities.

Wholly owned by Africa Ren, Kodeni Solar has raised the necessary financing for the construction of its plant from the Netherlands Development Finance Company (FMO), and it’s Access to Energy Fund (AEF) provided by the Dutch government. Kodeni Solar is also supported by the Interact Climate Change Facility (ICCF), a joint facility of European development institutions that provided long-term debt. The development phase of the project was co-financed by the Seed Capital Assistance Facility (SCAF), an initiative of the United Nations Environment Programme (UNEP).

For Bachir Ismaël Ouedraogo, Burkina Faso’s Minister of Energy, the Kodeni Solar project is “essential for the energy autonomy of Burkina Faso. Solar energy is the cheapest and most abundant source of electricity for the country. Kodeni Solar also demonstrates that the government’s framework for encouraging PPPs is beginning to pay off. More than 500 MW of capacity will be added before 2025 at an extremely competitive price, to the benefit of the Burkinabe population and businesses.

An investment that will lead to others

The Kodeni Solar plant will employ 150 people during its construction phase and another 35 during its operation. The facility will be able to produce 73,000 MWh of electricity per year, which will be fed into the grid of the Société nationale d’électricité du Burkina Faso (SONABEL). The state-owned utility already has a 25-year power purchase agreement (PPA) with Kodeni Solar. Africa Ren estimates that its plant, which will come on line in August 2022, will be able to power 115,000 Burkinabe households while avoiding the emission of 41,000 tons of CO2 equivalent each year.

Its CEO Gilles Parmentier does not rule out investing in another clean energy project in Burkina Faso. Africa Ren could then benefit from the support of Africa Ren Energy. This newly formed investment holding company is intended to support Africa Ren’s projects, as well as the operational entities of the Africa Ren group. The platform is co-funded by FMO and Metier Sustainable Capital, a private equity fund focused on clean infrastructure investments across Africa, managed by Metier.