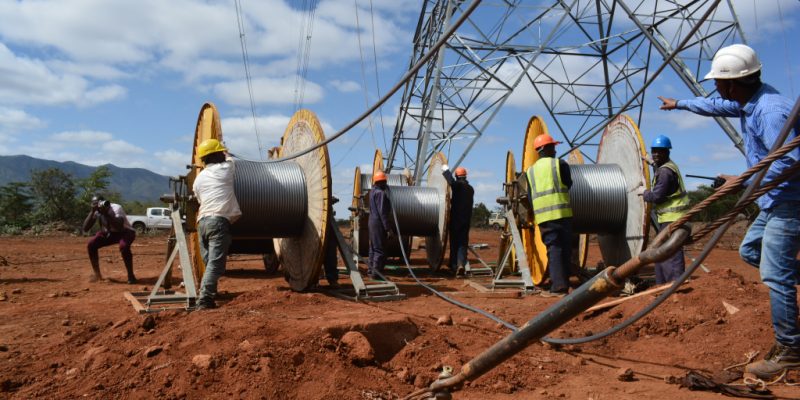 The African Development Bank (AfDB) has approved a new €59.43 million loan to Burkina Faso. The funds will finance access to electricity for 218,400 households in peri-urban and rural areas.

The financing granted by the African Development Bank (AfDB) is intended to accelerate access to electricity in Burkina Faso through two government-led projects. These are the Electrification and Development of Electricity Connections Project (Pedecel) which will be implemented between October 2021 and December 2025. The “Yeleen” project benefits from this new financing from the pan-African bank. The project already received €48.82 million in funding from the AfDB in December 2019.

The financing released in Abidjan at the group’s Board of Directors meeting on September 15th, 2021 consists of a concessional loan of €41.60 million, as well as additional financing of €17.83 million. The Sustainable Energy Fund for Africa (Sefa), a special multi-donor fund managed by the AfDB, is also supporting the two electrification projects with a contribution of €130,000.

Extension of the national electricity network

Under Pedecel, the government of Burkina Faso plans to connect new peri-urban and rural households to the national electricity grid in 10 of the 13 administrative regions of this East African country. Given the relatively low purchasing power of rural households, the national electricity company (Sonabel) will introduce a system of differentiated and progressive payment of subscription fees.

In concrete terms, new customers of the public company will initially pay only 3,000 CFA francs (4.55 euros), compared to 90,000 to 218,000 CFA francs (137.20 euros to 332.33 euros) at present, and the remaining connection fees will be paid in monthly instalments spread over three years. This model is similar to the pay-as-you-go model used in the distribution of solar home systems in other sub-Saharan African countries.

According to the AfDB, Pedecel will contribute to improving access to electricity for the populations of the regional capitals and the outlying areas of the capital Ouagadougou, Bobo Dioulasso and Koudougou, the country’s three largest cities, which have been “marked for the past decade by significant spatial and demographic development”. At least 218,400 households will be connected to the national electricity network thanks to this project, representing approximately 1,528,800 inhabitants, including 790,390 women, a rate of 51.7%.

“Pedecel will also provide solar street lighting and strengthen governance in the sector through the training of key stakeholders,” the AfDB explains. The project will require a total investment of 136.83 million euros. In addition to the AfDB, the project is financed by the European Investment Bank (EIB), the Arab Bank for Economic Development in Africa (BADEA), as well as the United States government’s Power Africa initiative.

The other part of the recent AfDB funding will support the implementation of “Yeleen”. This project aims to equip the country with four solar power plants. According to the plan, the power plants connected to the grid of the Société nationale d’électricité du Burkina Faso (Sonabel) will be built near Ouagadougou (42 MWp), in Dori (6 MWp), Diapaga (2 MWp) and Gaoua (1 MWp).

The Yeleen project will also densify and extend the distribution network to improve access to electricity for the population. The Burkinabe government also plans to invest in decentralised solar power generation in the form of mini-grids and individual solutions, including solar home systems. These initiatives are expected to increase the rate of access to electricity in Burkina Faso. Ouagadougou is aiming for a rate of 60% by 2027. For the moment, official figures show that the “Country of Honest Men” has an electricity access rate of 22.5%.