Homepage » BURKINA FASO: AFD finances access to water for 150 000 people in the Centre-North

BURKINA FASO: AFD finances access to water for 150 000 people in the Centre-North 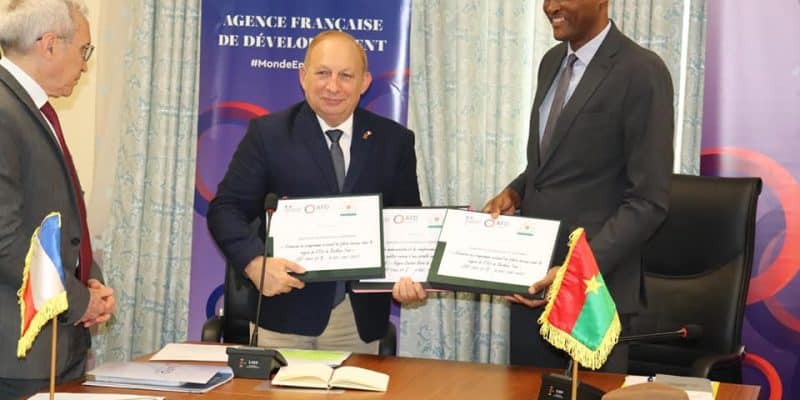 The government of Burkina Faso is receiving support from the French Development Agency (AFD) to implement the Project to modernize and urgently reinforce rural drinking water services in crisis zones. On 19 July 2022, Burkina Faso’s Minister of the Economy, Finance and Forecasting, Abdel Somé, and the director of the French institution, Gilles Chausse, signed two financing agreements worth 9 billion CFA francs (the equivalent of 13.72 million euros), one of 5.25 billion CFA francs (over 8 million euros) which is dedicated to water supply.

By granting this loan, AFD is helping to improve access to drinking water and sanitation services in Burkina Faso, particularly in the Centre-North region. “This region accounts for almost 35% of internally displaced people,” says Lazare Zoungrana, Burkina Faso’s Minister for Humanitarian Action. This situation is the result of incursions by terrorist groups affiliated to Al-Qaeda in the Islamic Maghreb (AQMI) and the Islamic State in the Great Sahara (ISG). It was also this insecurity that led to the military coup, followed by the formation of a transitional government in January 2022.

AFD’s financing will enable progress to be made towards the universal drinking water coverage that the Burkinabe government hopes to achieve by 2030. For example, within the framework of the Emergency Modernization and Reinforcement of Rural Drinking Water Services in Crisis Zones Project, Ouagadougou plans to diagnose 200 existing boreholes and build 40 high-capacity boreholes.

Some 100 boreholes equipped with human-powered pumps will also be transformed into water stations with stand-alone fountains. In all, 150,000 people in ten rural councils of j are expected to receive continuous drinking water in the North Central region by the end of the project. Currently, the rate of access to drinking water in this West African country is estimated at 74%, according to a report published in 2018 by the Sahel Alliance, an international coordination platform for the stabilisation and development of the G5 Sahel countries, i.e. Mauritania, Mali, Burkina Faso, Niger and Chad.