Homepage » BURKINA FASO: $72 million from BOAD, including a 1/4 for hydraulic projects in Ouaga

BURKINA FASO: $72 million from BOAD, including a 1/4 for hydraulic projects in Ouaga 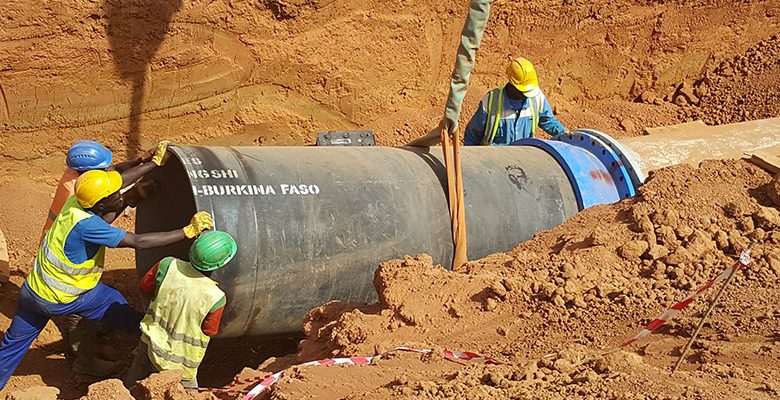 The 72 million dollars, or 40.3 billion CFA francs, that the West African Development Bank (BOAD) will make available to Burkina Faso will make it possible to continue water sanitation work and support local development.

The first part of the CFAF 40.3 billion loan, granted by the West African Development Bank (BOAD) to Burkina Faso, will be used to launch the third phase of the project to strengthen the rainwater sanitation network in the capital Ouagadougou. Worth 10 billion CFA francs ($18 million), this project will enable the authorities to develop the outlet inside and downstream of Bangr Wéogo Park, located 15 minutes from Ouaga.

Similarly, the works along the Kadiogo stream (located inside the park of Bangr Wéogo) will allow the population to benefit from public lighting. The authorities will build a pedestrian track along the canals and channels around the river. For its part, the municipality of Ouagadougou will conduct an awareness campaign aimed at the population, among others, on the issue of solid waste management.

These works will benefit the populations, in terms of employment, also to enable the sustainable solution to part of the sanitation problems in the Burkinabe capital and its surroundings.

The remaining 30 billion CFA francs will be devoted to a program to support local economies known by its French acronym as PADEL, launched in 2016, whose main objective is to combat extreme poverty and boost local development in Burkina Faso.

But these works carried out only in Ouagadougou and its surroundings will not be enough to solve the problem of water and sanitation in the country. According to Burkina Faso’s Ministry of Water and Sanitation, only 55% of people (2015 figure) living in cities have access to water and sanitation. In rural areas, the situation is even more critical.

SOUTH AFRICA: Towards a sustainable solution for baboon management in Cape Town?