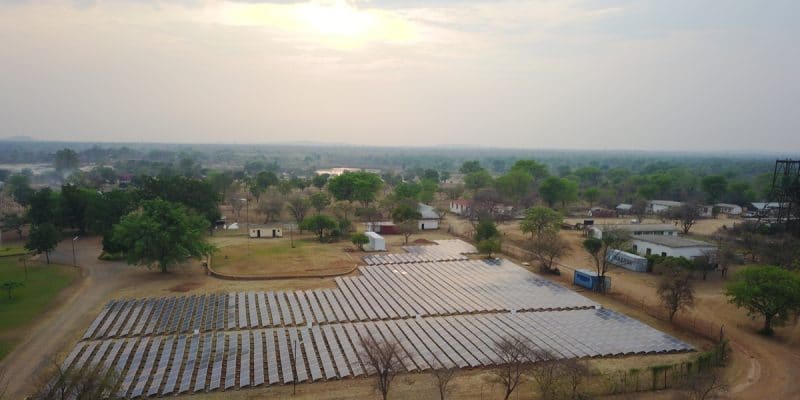 The Botswana authorities have recently reached an agreement with the World Bank to develop a national strategic plan for the development of renewable energy in order to gain energy autonomy. Botswana wants to unleash its solar potential, in particular, to contribute to the fight against climate change.

President Mokgweetsi Masisi of the Republic of Botswana said on 27 April 2019 in Gaborone, the capital, that his government would make massive investments in solar energy in order to position the country as a global promoter of renewable energy.

Botswana is the largest diamond miner in Africa and imports almost half of its electricity needs from neighbouring countries such as South Africa, Mozambique and Namibia. To break with this situation, the southern African country has approached the World Bank and, on the basis of a recently signed agreement, the financial institution will provide the Botswana government with its technical expertise to develop a National Renewable Energy Strategic Plan. Adopted in many countries on the African continent, it is a document on which a state relies to achieve its energy objectives over a given period of time.

“The partnership with the World Bank will not only enable our country to fight climate change by unlocking its solar potential, but also to boost the economy and create jobs,” said Mokgweetsi Masisi.

Access to electricity, a priority for the World Bank

The electricity access deficit in sub-Saharan Africa has more than doubled between 1990 and 2016. According to the World Bank, it affects nearly 87 per cent of people living in rural areas. Despite progress in other regions of the world, the goal of achieving universal access to electricity by 2030 is for the time being generally compromised, as sub-Saharan Africa is lagging behind and may not be able to make up the ground.

For the World Bank, the approach is therefore to develop mini-grids. These systems are increasingly becoming reliable, cost-effective electrification solutions in rural areas. It is also about pursuing the 7th UN Sustainable Development Goal (SDG), which requires universal access to reliable, sustainable and affordable energy services.

The World Bank is currently one of the main donors in the renewable energy sector. Over the period 2014-2018, it provided more than $11.5 billion in financing for 25% of renewable energy and energy efficiency projects in developing countries.