Homepage » BOTSWANA: Rhinos in the country could be extinct in a year or two 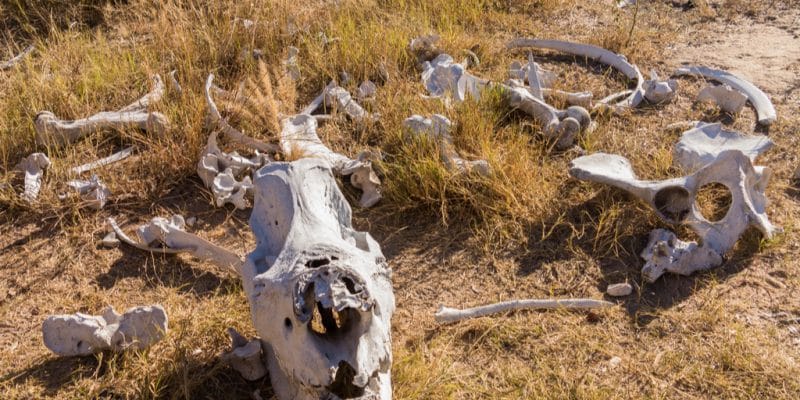 Poaching is hitting Botswana rhinos harder and harder. Authorities estimate that the species could become extinct in the country within a year if poaching is not stopped.

“If poaching continues at this rate, there will be no more rhinos in Botswana within the next year or two. The threat is particularly acute for the black rhino, a Critically Endangered species”. This was the impact statement made in December 2019 by Botswana’s Wildlife and National Parks Department’s rhino coordinator, Dr. Mmadi Reuben.

The warning was intended to sound the alarm about the poaching of these pachyderms in Botswana. The situation is such that the government (which has been heavily criticised by environmentalists because of the lifting of the ban on elephant hunting) has decided to make a big fuss about the situation of rhinos in this southern African country. “Between April and October 2019, nine rhinos were killed. Unfortunate incidents have increased with 13 more rhinos being poached from October to date,” the Botswana Ministry of Environment, Conservation of Natural Resources and Tourism reported in December 2019.

Pachyderms targeted in the Okavango Delta

The rhino killings take place mainly in the Okavango Delta where the largest rhino population in Botswana is concentrated. It is a wetland where vegetation remains lush all year round. Because of the difficulty of access to this natural area, the Okavango Delta also presents a major challenge for the rangers in charge of animal protection. The poachers have understood the situation and have thus embarked on the systematic slaughter of rhinos.

Once slaughtered, the poachers retrieve the horns of these pachyderms, gradually sealing the future of the species. These horns are then sold in Asia, where a kilo is valued at nearly $65,000. The horns are said to be used to “prevent and cure certain diseases”. Aware of the situation and faced with the rise in poaching in neighbouring countries, particularly South Africa, the government of Botswana has decided to keep the number of rhinos in its reserves secret. In order to avoid the decline of the species in the wild, South Africa decided a few years ago to transfer rhinos to Botswana as part of a conservation programme.

The country was convinced by Botswana’s strict anti-poaching policy. A strategy that allowed the elephant population to explode. Today, however, it is being challenged by the well-hidden rhino horn cutters in the Okavango Delta.