Homepage » BOTSWANA: Over 100 elephants die of hunger and thirst due to drought

BOTSWANA: Over 100 elephants die of hunger and thirst due to drought 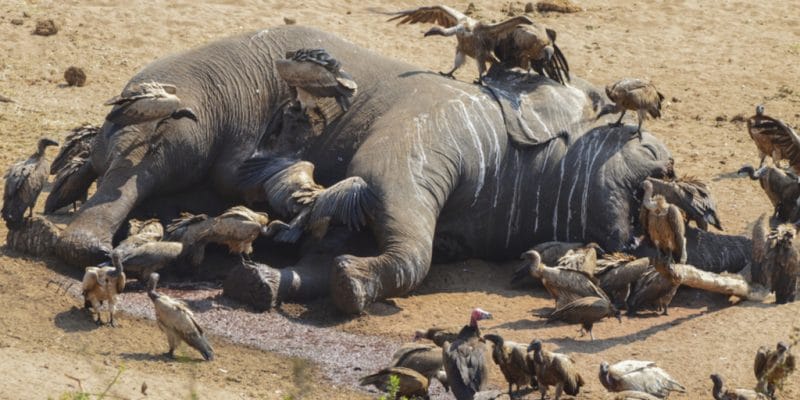 More than 100 elephants have died in the last two months in Chobe National Park in northern Botswana. They have been victims of the relentless drought that is currently raging in Eastern and Southern Africa.

Drought is wreaking havoc in Eastern and Southern Africa. Populations, as well as fauna and flora, are affected by this phenomenon, which is exacerbated by climate change. The toll is deplorable in Botswana, where more than 100 elephants were found dead in just two months in Chobe National Park in the north of the country.

It is a vast natural area of 11,700 km2, located near the border with Namibia. In the rainy season, it turns into a real swamp with lush vegetation that provides food for antelopes, wildebeests, zebras, buffaloes and above all more than 50,000 elephants. This park is mainly crossed by the Chobe River, which guarantees a permanent source of water for animals.

However, for several years now, the park has become particularly arid during the dry season. According to the Botswana Ministry of Environment, the park’s elephants died of hunger, but mostly from disease. “Because of the current drought, elephants ingest soil when they graze and are thus exposed to anthrax bacteria,” says the Ministry of the Environment.

This condition is better known as anthrax. It is caused by a sporulating bacteria that causes high fever, chills, ulcers and swelling (abscesses). The disease is spread through water and contaminated soil. With drought, leaves become scarce and pachyderms fall back to the roots of trees that can carry the germs of anthrax. This problem is in addition to the uncertain fate of elephants in Botswana.

The sad fate of elephants in Botswana

All over Eastern and Southern Africa, fauna and flora are affected by drought. Among the most affected countries is Zimbabwe, where 55 elephants died of hunger and thirst in Hwange National Park in the north of the country. In neighbouring Namibia, the authorities have built boreholes to supply hippo pools in the northeastern region of Zambezi. The Tanzanian authorities used the same solution for hippos in Katavi National Park, located in the southwest of the country.

In Botswana, drought is adding to the already tragic plight of elephants. In this southern African country with the largest elephant population in Africa (150,000 individuals), the lifting of the elephant-hunting ban was at the heart of the election campaign for the presidential election on Wednesday, October 23, 2019.

Mokgweetsi Masisi, candidate to run for his own succession as head of this southern African country, has promised to lift the ban on elephant hunting. This promise is welcomed in rural areas where pachyderms, driven by the degradation of their ecosystem, leave their reserves to destroy plantations. His challenger in this election, former President Ian Khama, was opposed to the reopening of elephant hunting, citing the importance of these animals for tourism, which represents an important windfall for Botswana’s economy. It was Ian Khama who banned elephant hunting in 2014. Mokgweetsi Masisi finally won the elections. This is news that will probably worry biodiversity advocates. The future is bright for Botswana’s elephants.