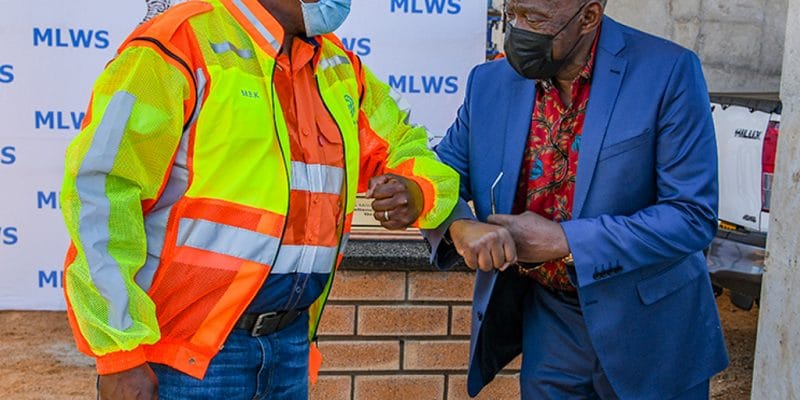 A new 100 km pipeline is strengthening the supply of drinking water in the towns of Masama and Mmamashia in Botswana. The project is being carried out by the South African company Khato Civils.

The drinking water facility has been operational since October 15th, 2021. The 100 km pipeline connects Masama and Mmamashia, two Botswana communities located near the capital Gaborone. In Masama, the pipeline carries water pumped from the East and West aquifers to supply the population. A total of 64,000 m3 of water flows through the new pipeline every day.

The Water Utilities Corporation (WUC), which initiated the drinking water project, awarded the contract to Khato Civils. The South African company carried out the work with a budget of 900 million Botswana pulas, more than $80 million. “The pipeline will be the first of its kind in the North South Water Carrier 2.2 project, which consists of routing fresh water from the Masama aquifer through a dedicated pipeline, ensuring that it will require minimal treatment as it will not be transferred through the same pipeline as raw water from the dams,” explains Khato Civils.

The alternative to the Letsibogo dam

The water pumped from Masama will undergo light treatment at Mmamashia, in a drinking water plant with a capacity of 92,000 m3 per day. The plant was built in the early 2000s to treat water from the Letsibogo dam, which dried up shortly after the plant was commissioned. Since then, the plant has been treating water from the Gaborone Dam and water imported from South Africa. This situation should change with the commissioning of the new pipeline. 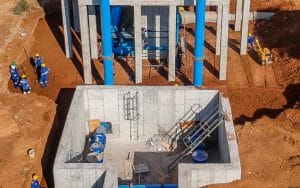 In addition to improving the operational efficiency of WUC, Botswana’s public water utility, the project will improve service in the southern African country, mainly in Greater Gaborone, Kgatleng, Kweneng, Ngwaketse, Lobatse, and Goodhope in Borolong. With 68% of its territory covered by the Kalahari Desert, Botswana is plagued by severe droughts, which exacerbate the country’s recurrent water supply problem. To date, 95% of its surface water resources are concentrated in the northwestern part of the country near the Okavango Delta. Groundwater supplies 2/3 of the country’s water consumption.

In order to increase drinking water coverage, Botswana wants to take advantage of a seawater desalination plant project in Walvis Bay, Namibia. Water will be pumped from the Atlantic Ocean and treated in the future plant. The drinking water will be used to supply the capital Windhoek in Namibia and Gaborone in Botswana, two cities about 1,490 kilometres apart. The Namibian government launched the feasibility studies for the project in September 2020.