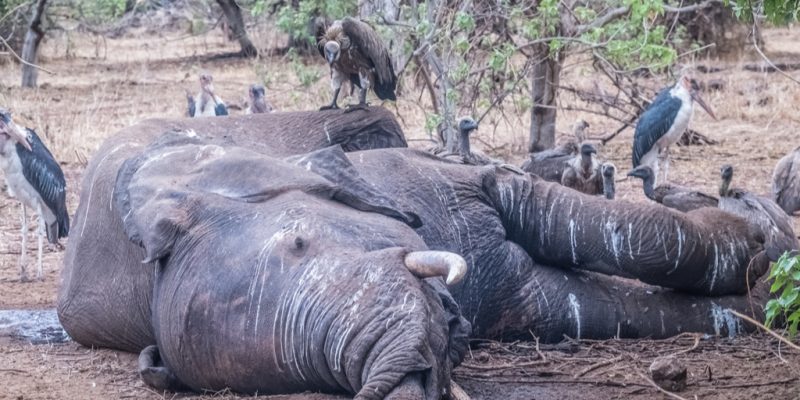 Botswana has been facing a dilemma in recent months. Elephants are dying by the hundreds and the cause of this massacre remains unknown. In the last two months alone, more than 350 elephants have died in the north of the country, including about 200 in June 2020. A phenomenon described as a "conservation disaster" by scientists in Botswana and around the world. These ecologists are also castigating the response of the Botswana government, which they describe as "slow".

Botswana’s biodiversity is in poor shape. For several months now, the country has been facing an increased loss of elephants. In just two months, more than 350 elephants have died in the Okavango Delta, the world’s second largest inland delta (18,000 km²) after the Niger Delta (40,000 km²) in northern Botswana. Among them, about 200 elephants died in June 2020, with 70% of the deaths concentrated around water points. The Okavango Delta concentrates about 15,000 elephants, or 10% of the country’s elephant population.

According to Niall McCann, the conservation director of the British charity National Park Rescue, it is a mass death at a level not seen in a very long time. “If you look at the carcasses, some of them fell directly on the face, indicating that they died very quickly. Others obviously died more slowly, like the ones wandering around. So it’s very difficult to tell what this toxin is”.

The mystery of elephant death

The nature of the death of the more than 350 elephants in the Okavango Delta remains unknown for the moment. A situation that preoccupies national and international scientists. “At a time when we are witnessing massive elephant deaths near human habitations, at a time when wildlife diseases are at the forefront of everyone’s minds, it seems extraordinary that the Botswana government has not sent the samples to a reputable laboratory,” says McCann.

“There is a real concern about the delay in sending the samples to an accredited laboratory for testing to identify the problem and take steps to mitigate it,” said Mary Rice, the executive director of the Environmental Investigation Agency in London.

Faced with these concerns, the Botswana authorities are trying to reassure. “We have sent samples for testing and expect the results within the next two weeks,” says Cyril Taolo, acting director of Botswana’s Department of Wildlife and National Parks. “The restrictions imposed by Covid-19 did not make it easy to transport the samples within the region and around the world. We are in the process of sending the samples to laboratories now that the restrictions have been eased,” he adds.

Pending official test results, scientists continue to investigate the causes of the mysterious disappearance of elephants in northern Botswana. The main leads are poisoning and pathogens. Anthrax, a potentially fatal infection caused by Bacillus anthracis has been ruled out.

This new wave of elephant deaths comes as the country has not yet fully recovered from the death of more than 100 pachyderms at the end of 2019 in Chobe National Park, again in northern Botswana. This other tragedy was caused by drought.

If these killings persist, Botswana will soon see its gross domestic product (GDP) drop considerably. In this southern African country, which has the largest elephant population in Africa (150,000 individuals), ecotourism would contribute between 10% and 12% of the GDP.