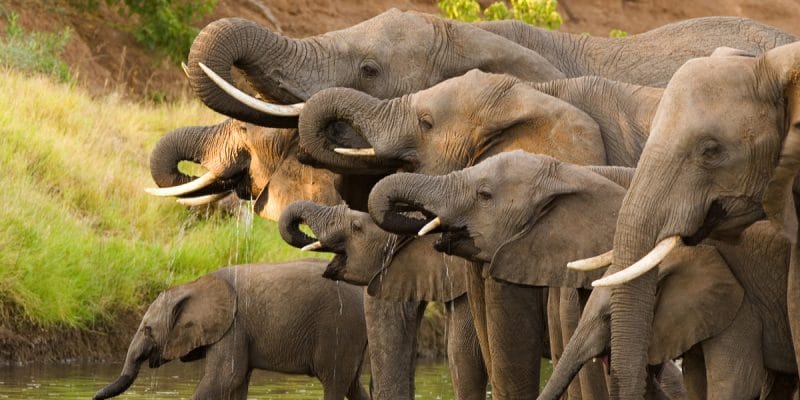 The first commercial elephant hunting licences are expected to be issued in Botswana as early as December 2019. The President of the Republic has decided to do so. Non-governmental organisations, however, are outraged by this measure, which they say threatens the future of elephants in a country where drought has already caused the death of 100 pachyderms within two months.

Botswana, hitherto considered the sanctuary of African elephants (where 135,000 heads were recorded in 2015, or a third of the known African population), could now become the site of all dangers for pachyderms. This month, in this southern African country, the issuance of commercial elephant hunting permits comes into effect. And, decidedly, the warnings and denunciations of animal welfare organisations have not caused the Botswana government to back down.

In a speech delivered on November 18, 2019 to Parliament, Mokgweetsi Masisi, the President of Botswana said that in preparation for (the resumption of) commercial elephant hunting, quotas would be published in December 2019 to allow for the preparation of the 2020 hunting season. It is the embodiment of a decision taken in May 2019. The head of state suddenly reversed his predecessor Ian Khama’s decision in 2014 to ban the hunting of wild elephants. “We hope that the restoration of hunting will contribute significantly to reducing human-animal conflicts by creating viable and balanced populations. The authorities now specify that 400 elephants may be killed each year.

An outcry from NGOs

According to Kisto Mokaila, Botswana’s Minister of the Environment, the increase in elephant numbers poses problems of cohabitation. They are destroying agricultural fields on the edge of national parks. In addition, 200 people in Botswana have been killed by pachyderms in five years. The government had considered alternative approaches to hunting, such as the installation of electrical barriers but the solution is too expensive.

The decision to reauthorise elephant hunting has caused an outcry among nature conservation NGOs. They, who obtained a total ban on ivory trade in September 2019 to protect elephants from poaching, fear that the Botswana government’s measure hides a form of circumvention of the ivory embargo.

According to the American NGO Elephants Without Borders, cases of elephant poaching is increasing in Botswana in a worrying way. In 2018 +593% of pachyderm carcasses were recorded compared to 2014.

The threat to Botswana’s elephants is all the more acute as climate change wreaks havoc. Between September and October 2019, more than 100 elephants were killed in Chobe National Park in northern Botswana. They have been victims of the relentless drought in Eastern and Southern Africa.