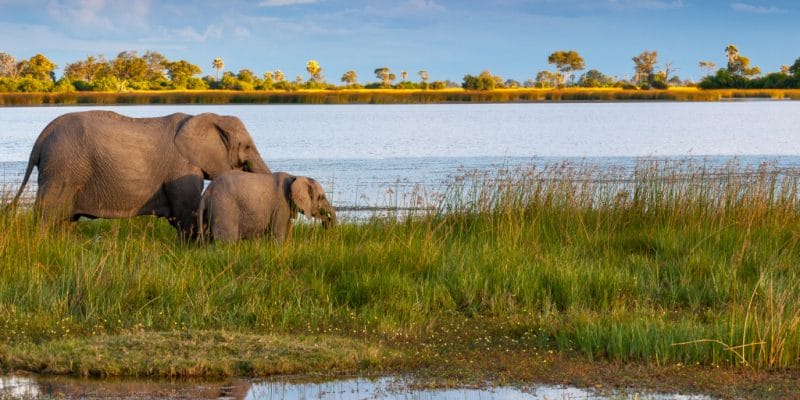 The United Nations Educational, Scientific and Cultural Organization (UNESCO) announces the launch of the Community-Based Protected Area Management for Conservation (Compact) program in Botswana. This initiative puts local communities at the center of conservation in the Okavango Basin.

The preservation of the Okavango Basin and its abundant biodiversity also requires the development of local populations. This is the aim of the Community Conservation Management of Protected Areas (Compact) program that has just been launched in Botswana. Compact was initiated in 2000 as a partnership between the World Heritage Centre of the United Nations Educational, Scientific and Cultural Organization (UNESCO) and the Global Environment Facility (GEF) Small Grants Programme.

Implemented by the United Nations Development Programme (UNDP) and the United Nations Foundation (UNF), the Compact program aims to integrate local communities into nature conservation. In Botswana, the program will be implemented in the Okavango Basin, a large plain covering several southern African countries, including most of Botswana, the eastern half of Namibia, and a small portion in north-western South Africa.

This swampy area, irrigated by the Okavango River, is home to a wealth of biodiversity in the heart of the Kalahari Desert. Under the program launched by UNESCO, people living in the Botswana part of the Okavanga Basin will receive small grants to develop livelihood activities that reduce pressure on resources and human-wildlife conflict.

Read also- AFRICA: A partnership for wildlife conservation in the Okavango basin

Thus, based on a call for projects issued in 2021, four grantees were selected to receive the first round of small grants. The selected projects in the Okavango Delta region focus on the development of a herbarium laboratory to help safeguard plant species, landscape conservation through agricultural revival and the use of mongongo oil, fish farming in earthen ponds, and wetland restoration.

Co-funded by the Flanders Trust Fund of Belgium, the program will focus on the Panhandle, a UNESCO World Heritage Site. It is home to some of the world’s most endangered large mammal species, including cheetahs, white rhinos, black rhinos, African wild dogs and lions. In addition to human-wildlife conflict, the protected area is now threatened by oil exploitation, with an exploration project underway by the Canadian company Reconnaissance Africa (ReconAfrica), with the permission of the Botswana government.