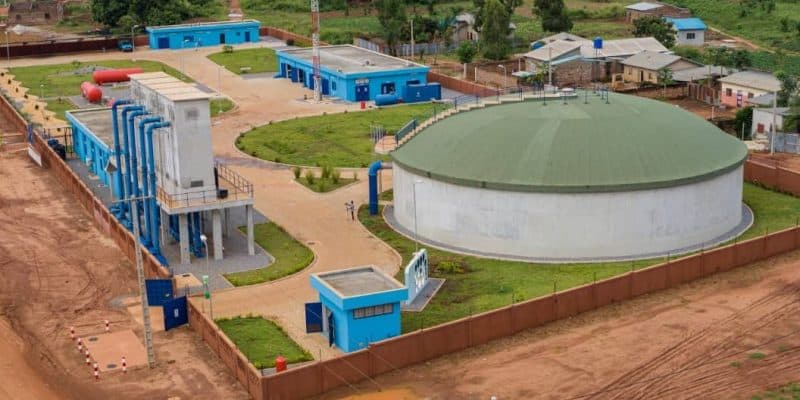 The French company Sogea Satom, a subsidiary of the Vinci group, has just commissioned new drinking water production facilities in Benin. Built within the framework of a public-private partnership (PPP), these hydraulic infrastructures required an investment of 26.8 billion CFA francs (more than 43.6 million euros).

The public-private partnership (PPP) is bearing fruit in Benin and Abomey-Calavi will now benefit from it. This city in the south of Benin has new drinking water production facilities entirely built and financed by Sogea Satom, the subsidiary of the French group Vinci. The public works company thus took an active part in the implementation of the first phase of the project to strengthen the drinking water supply system in the city of Abomey-Calavi.

As part of this contract, Sogea Satom built a water treatment plant with a capacity of 45,000 m3 per day in Zinvié. The construction company also supplied eight boreholes equipped with electric pumping systems capable of supplying 1,500 m3 of water per hour. Sogea Satom also built a 3,000 m3 ground reservoir, as well as a platform for five degassing towers with a total capacity of 51,040 m3 per day. 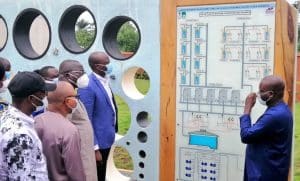 The new facilities will provide drinking water to more than 240,000 people ©Government of Benin

In Houèto, the company based in Rueil-Malmaison (France) commissioned a 500 m3 water tower. Sogea Satom’s contract also covered water transport, with the supply and laying of 28.1 km of 280 mm and 710 mm pipes, and 103 km of PVC (polyvinyl chloride) pipes with diameters ranging from 75 to 225 mm; a linear pipeline over approximately 99.5 km; the installation of a remote management system as well as the rehabilitation of the village water supply system (AEV) in Gbodjoko and its connection to the water network of Benin’s national water company (Soneb).

A beneficial public-private partnership for Abomey-Calavi

The construction of all the facilities was entirely financed by Sogea Satom to the tune of 26.8 million CFA francs (‘43.6 million). According to Samou Séidou Adambi, Benin’s Minister of Water and Mines, the new facilities “make it possible to increase the production capacity of drinking water from 617 m3 to 2,100 m3 per hour, or more than three times the capacity of the preliminary project. Thus, this new production will enable Soneb to meet the needs of the target populations of phase I, estimated at 240,000 people living in Agori 1, Agori 2, Djadjo, Aïtchédji, Aïdégnon, Aïfa, Atinkanmey, Houèto, Tankpè and Zogbadjè by 2027″.

According to this official, the first part of the project to strengthen the drinking water supply system in the town of Abomey-Calavi, for which work was launched in 2018, will be followed by two other phases. They will soon be the subject of calls for tenders.