Homepage » BENIN: Water hyacinth to clean up the port of Cotonou

BENIN: Water hyacinth to clean up the port of Cotonou 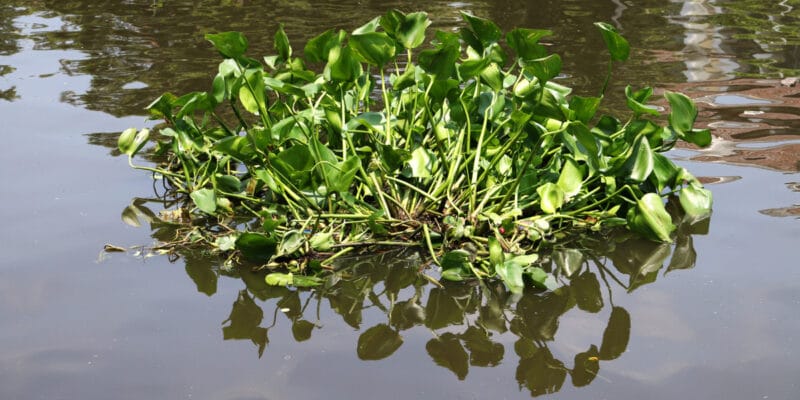 Green Keeper Africa will remove polluting fluids from the port of Cotonou with its product, GK Sorb. This anti-pollution absorbent is made locally from water hyacinth. This is the substance of the partnership agreement signed on April 1st, 2021 between the Beninese start-up and the concessionaire Benin Terminal, a subsidiary of Bolloré Ports.

Green Keeper Africa has won an important contract with Bolloré Ports, the port branch of the French giant Bolloré. Under a partnership agreement signed on 1 April 2021, the young Beninese start-up, a specialist in innovative, natural and depolluting solutions, will supply the port of Cotonou with 100% organic absorbents to effectively control and manage accidental liquid leaks in the terminal areas. The port platform, with a 546-metre long quay, has been managed since 2013 by Bénin Terminal, the subsidiary of Bolloré Ports, one of the largest port infrastructure operators in Africa with 17 port concessions in 16 countries.

“We are happy to work with a Beninese company and local partners who use natural resources without impacting the country’s ecosystem. We are committed to reducing pollution on our facilities as much as possible in order to preserve the environment and to develop good practices among our employees,” says Yann Magarian, Benin Terminal’s general manager, after signing the partnership with Green Keeper Africa.

The water hyacinth, an invasive plant with depolluting properties

The product that will be delivered to the port of Cotonou by Green Keeper Africa is called GK Sorb. This anti-pollution absorbent is made locally from water hyacinth, an invasive plant that proliferates on the rivers and lakes of West and East Africa. “Our challenge was to find innovative solutions where others saw difficulties. The water hyacinth, an invasive plant with many negative consequences for people, biodiversity and water quality, helped us meet this challenge. Following in-depth studies and numerous exchanges, we discovered its high absorption capacity: up to 12 times its weight! Hence the idea of transforming it into an absorbent fibre for controlling the leakage of polluting products,” explains David Gnonlonfoun, the co-founder of Green Keeper Africa.

Green Keeper Africa’s terms of reference for Benin Terminal also include training staff in eco-responsible practices, recovering collected oil for treatment and proposing solutions for the preservation of biodiversity in the port area.