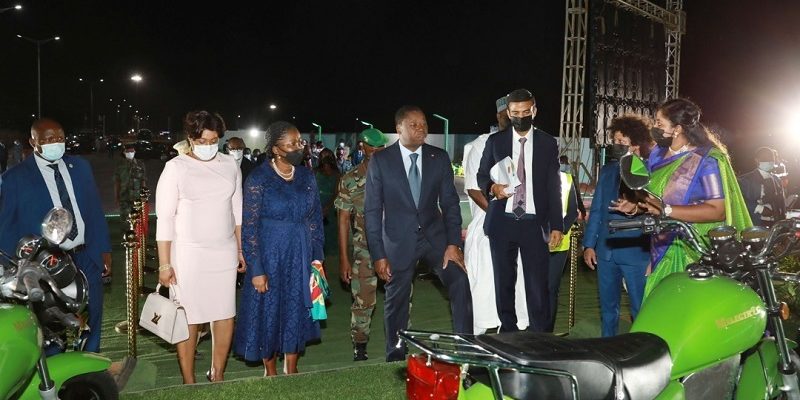 The electric motorbikes of the Indian car manufacturer Mauto Electric Mobility (M Auto) will henceforth circulate in Benin and Togo. These two-wheeled machines will help reduce carbon dioxide (CO2) emissions in the transport sector of these two West African countries.

This news is in line with the climate ambitions of the authorities in Benin and Togo.  The Indian car manufacturer Mauto Electric Mobility (M Auto) has announced the marketing of its two electric motorbike models “Chap Chap” and “Commando” in these West African countries.

In Benin, these two-wheeled vehicles made available to professionals in the transport sector, households and companies will be recharged in stations that will soon be installed in Cotonou, in the Glo Djigbé industrial park. In Togo, where M Auto has been present since September 2021, a recharging station will soon be operational in the Adétikopé industrial platform located 37 minutes from the capital Lomé.

Electric mobility at the service of the ecological transition

“M Auto’s electric motorbikes are designed to help reduce greenhouse gas emissions but also to provide an innovative acquisition mechanism that promotes inclusion and develops the economy. The innovation we are bringing through these motorbikes reflects the energy transition that Benin, as well as other countries around the world, is committed to,” says Alan Kevin, General Manager of M Auto Group in Benin.

Eventually, the brand, which is also based in the United Arab Emirates, wants to produce and market one million of each of its electric motorbikes. In addition to production, M Auto also intends to convert conventional motorbikes (with combustion engines) to electric in order to promote green mobility in the West African community. This will limit noise and air pollution in Togo, where the company plans to create 2,000 green jobs for young people.

In this process, the Togolese authorities also decided in March 2022 to exempt electric vehicles from import duties. These vehicles are now approved by the government as part of a policy to accelerate the green economy.