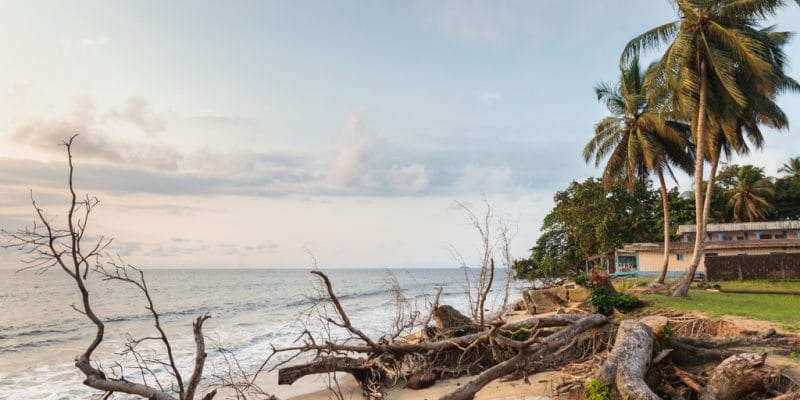 The International Development Association (IDA) is releasing an additional $36 million to respond to the advance of erosion in Benin and Togo. This new funding is intended to carry out various works in the two countries, in particular the filling of deserted lagoon arms.

Despite the initiatives already put in place in Benin and Togo, notably the planting of trees or the installation of stone blocks along the coast, the land is constantly receding. The new funding from the International Development Association (IDA), the World Bank Group’s subsidiary, will be used to carry out more physical erosion control work.

Reducing the consequences of erosion

The amount released by the IDA is 36 million dollars. Part of the funding is dedicated to the filling of deserted lagoon arms in the eastern part of the Grand-Popo estuary in Benin, as well as to the construction of protective groins. These rigid hydraulic structures are built at the ocean’s edge or on a river bank to slow down water currents and limit sediment movements. The IDA funding will also be used for the recharging of 6.4 million m3 of sand in the Agoué district and the construction of bicycle paths and car parks in Agoué and Hillacondji.

IDA allocated its funding under the West African Coastal Management Programme (Waca). Launched on November 30th, 2018 in Dakar (Senegal), Waca also provides for the development of resilient agriculture. Also, 3,000 households will be protected from flooding, thanks to the storm water basins. These populations will also benefit from the creation and operation of seven pilot units for processing local products. The programme is financed by the World Bank, the Global Environment Facility (GEF) and the Togolese government for an amount of 47.3 million euros (31 billion CFA francs). The programme’s activities are carried out in six West African coastal countries, namely Benin, Ivory Coast, Mauritania, Sao Tomé Principe, Senegal and Togo.