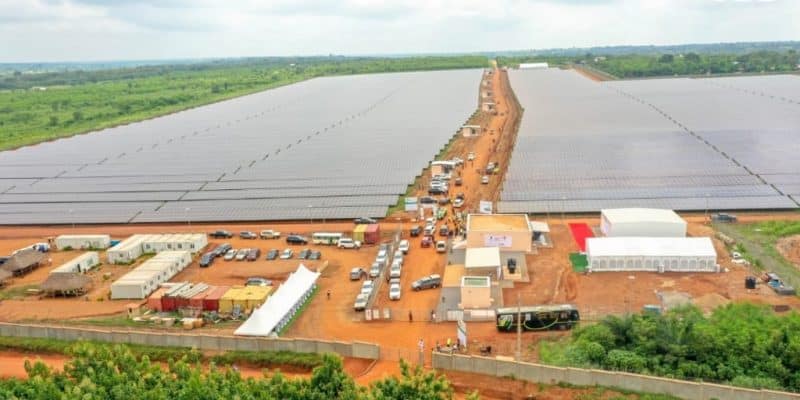 The government of Benin is inaugurating the Illoulofin photovoltaic solar power plant. The facility, located in the commune of Pobè, Plateau department, has a capacity of 25 MWp.

Benin is inaugurating its first large-scale solar photovoltaic power plant. The installation, located in the locality of Illoulofin, was recently commissioned. The reception ceremony presided over by Benin’s Minister of Energy Dona Jean-Claude Houssou took place on Tuesday 19 July 2022. It was attended by officials from the French Embassy in Benin, and the Electricity Regulatory Authority (ARE).

The power plant built by the French company RMT Eiffage is equipped with 47,212 solar modules, 113 inverters, six transformer stations of 3,515 kVA each, a computer-assisted automatic control of the power plant, monitoring systems and anti-intrusion security. The electricity produced, with a capacity of 25 MWp, is evacuated via two 20 kilovolt (HTA) lines of 25 MWp each, over a distance of 3 km. The electricity is injected into the network of the Société béninoise d’énergie électrique (SBEE) via the Onigbolo substation.

A second phase of 25 MWp

According to the Beninese government, the Illoulofin photovoltaic solar power plant is capable of supplying 40,000 homes. Its construction required an investment of 39.7 billion CFA francs, or 60.5 million euros. Financing was provided by the Beninese government through loans from the European Union (EU) and the French Development Agency (AFD).

According to Eiffage, the plant will avoid emissions of 23,000 tonnes of CO2 equivalent per year, or 575,000 tonnes over the estimated 25-year life of the facility. The Beninese authorities have launched a second phase that will increase the capacity of the Illoulofin solar photovoltaic plant to 50 MWp. The current project is expected to last three years.

Located on a 25-hectare site, the project is part of the construction of a 25 MWp solar power plant and the modernisation of the information system of the Société béninoise d’énergie électrique (DEFISSOL). Its objective is to contribute to Benin’s economic growth by improving the performance of its electricity operator (SBEE) and the quality of the electricity service provided while respecting the environment.