Homepage » BENIN: the Ayédjoko dam will come into service before the end of 2020 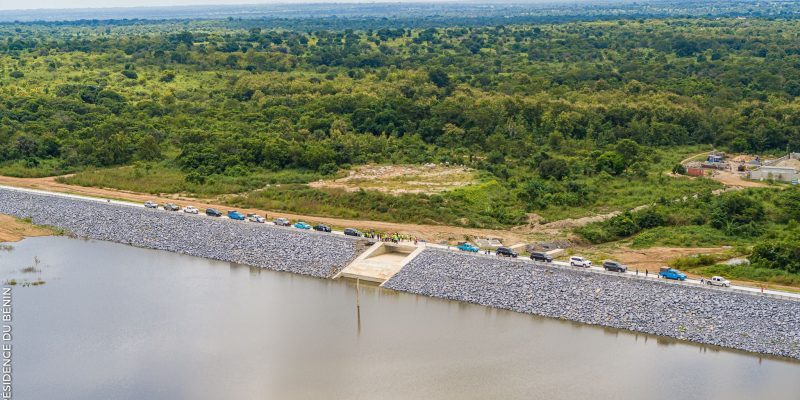 According to Benin's Minister of Water and Mines, Samou Seïdou Adambi, the Ayédjoko dam under construction in the town of Savè in Benin will start supplying water before the end of 2020. The infrastructure will have a storage capacity of 2 million m3.

The government of Benin intends to take delivery of the Ayédjoko dam, located in Savè before the end of 2020. This announcement follows an inspection visit to the works site by Benin’s Minister of Water and Mines, Samou Seïdou Adambi. This official indicates that the construction work on the Ayédjoko water reservoir is 98% complete.

The works are being completed by the Benin National Water Company (SONEB) and the China Geo-engineering Company (CGC).

A capacity of 2 million m3

The Ayédjoko dam is built on a tributary of the Ouémé River which has its source in the Atakora mountains. The facility will have a storage capacity of 2 million m3. The water will be pumped from the reservoir to supply a drinking water treatment plant with a capacity of 220 m3 per hour, about six times the capacity of another plant (1,200 m3 per hour) which will treat water from the Lifo dam, under construction at Glazoué, in the Collines division in Benin. The Lifo water reservoir, on which work has just begun, will have a storage capacity of 12 million m3.

According to the authorities of this West African country, the water pumped from the dams will be treated and stored in five reservoirs with a capacity of 5,500 m3. It will then be transported via 200 km of pipelines, varying between 75 and 710 mm. The GSC will also set up a remote management system for the future installations. These stations will guarantee the supply of drinking water to more than 375,000 people until 2035 in the Collines department.

The construction of the Ayédjoko and Lifo dams is part of the project to strengthen the drinking water supply in the Collines and Zou departments in Benin. It is 94.81% financed by Exim Bank of China and 5.19% by SONEB, for a total cost of 52.540 billion CFA francs (around ‘80.1 million).  In the Zou department, the GSC is building pumping stations and a drinking water plant which will be capable of treating 1,500 m3 of water per hour.