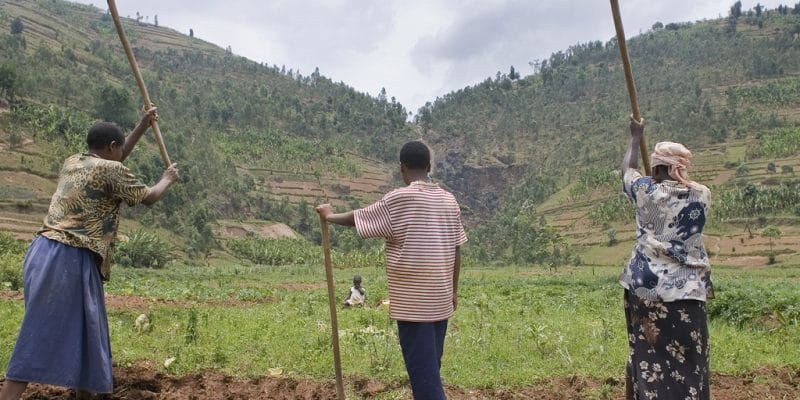 In Benin, agriculture is crucial for the economy. It contributes over 32.7% to the Gross Domestic Product (GDP) and accounts for at least 75% of operating revenues. It is also one of the sectors that employ the most people in the country (70%). For higher yields, farmers use chemical fertilisers. Problem: instead of making the soil fertile, they impoverish it at each harvest. Worse still, the pesticides used represent a real health problem, both for farmers and for those who consume agricultural products. According to the World Health Organization (WHO), 1.5 million people in southern countries are infected each year. In 2002, these toxic products caused the suicide of 186,000 people worldwide.

Faced with this worrying situation, Benin’s Gildas Zodome, through his start-up Bio Phyto, has developed organic fertilisers and pesticides called “Agro-bio”. These are “healthy inputs that do not affect the health of farmers and consumers and are environmentally friendly,” Goldas Zodome often likes to repeat.

Products based on the “neem” plant

To make these fertilisers, Bio Phyto uses a plant called “neem”. It is a plant originating in India which grows easily in the Beninese countryside. To make pesticides, for example, the young company uses the “neem” seeds that fall from the tree and are then dried. “We use a machine we made to crush and press the seeds,” says the 33-year-old contractor. The seeds produce oil to which local aromatic plants are mixed to obtain pesticides. 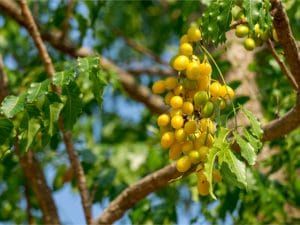 After these processes were discovered, tests had to be carried out with farmers and the product validated by research institutes. Two years ago, Ecosert, an organic certification body, validated the fertilisers produced by Bio Phyto. This recognition has aroused the enthusiasm of Beninese farmers for these natural products. Today, a total of 1000 women are busy collecting neem seeds between March and June. They are also planting more and more. On the market, a 50 kg bag of neem fertiliser costs 10,000 CFA francs (over 15 euros) compared to 20,000 CFA francs (over 30 euros) for conventional fertilisers. Currently, the neem season is drawing to a close, but Gildas Zodome’s dream is to increase his production and, why not, sell his fertilisers in other African countries. But to achieve these goals, it will need funding.