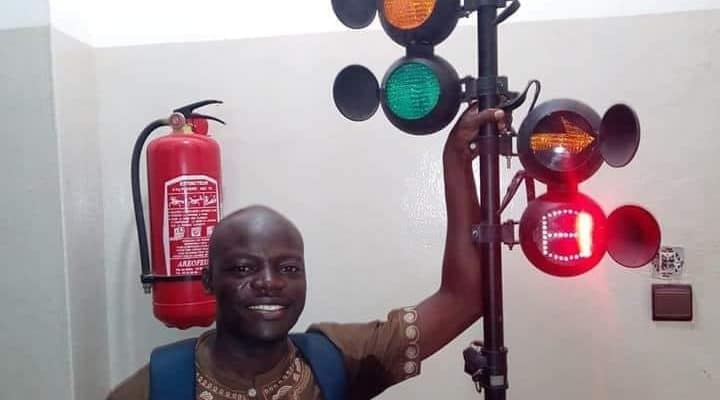 Start-up Alivo makes use of solar energy to run traffic lights in Benin. Alivo's traffic light system is powered by green energy, produced by a solar panel that accompanies it. An ecological initiative that has been supported by the Beninese government for several months now and which would contribute, in the long term, to making Benin's cities more sustainable.

The Beninese start up has been offering traffic lights equipped with a surveillance camera and powered by solar energy for several months now. The authors of this innovation combine the device with a solar panel that supplies the whole with electrical energy. According to its designers, this equipment is adapted to Benin’s roads and will help reduce traffic jams and accidents. These ecological traffic lights are the result of a long-term effort by Cédric Soudé, Paulin Datondji and Franck Kangni.

The traffic lights designed by this trio have already been tested in Cotonou, the capital of Benin, precisely at the crossroads of the 10th district. The three engineers don’t intend to stop there. In their forecasts, the partners want to extend their offer to several places in the country. Eventually, they also intend to set up a monitoring centre that will help limit traffic accidents in the country.

This solution, which contributes to making Cotonou a sustainable city, has several other advantages, according to its designers. For Cédri Soudé, one of the co-designers quoted by Scidev.net, “the first advantage offered by our device is that the technology is now domesticated in Benin. We are able to enter the workshop and take out a whole kit without necessarily acquiring modules outside the country. We make the components ourselves. For example, the on-board computer that performs the control function was assembled by ourselves”.

The Beninese Ministry in charge of higher education and scientific research through the Beninese Agency for the Valorisation of Research Results and Technological Innovation (ABeVRIT) provided financial support worth 17 million FCFA (26,000 euros) to the young company. The funds will be used to purchase equipment for the manufacture of intelligent traffic lights.

A few months earlier, this young company represented Benin at the second African summit of start-ups “Afric’Up”, which took place in Tunisia, on the theme “Smart Cities and open innovations in Africa, what opportunities for start-ups”.